The Private Student Loan Scandal: More Worthless Advice From the New York Times (which cares so much about the little guy) 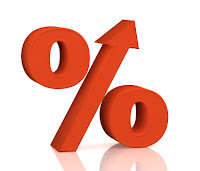 The federal government needs to open up refinancing and debt relief opportunities for [private student-loan borrowers], as it did for some mortgage holders. The [Consumer Financial Protection Bureau] should also set national standards for loan servicers to require clear disclosure of conditions . . . and prompt resolution of customer requests for information. And borrowers who might be eligible for federal student loans should be advised to examine that option before plunging headlong into private debt.

Yep. A little more federal regulation will straighten out the private student loan scandal.  That's like saying Mussolini would have been a little nicer if he had only gotten the right medication.

If the banks knew their student-loan borrowers could file bankruptcy and discharge their loans, they would have an incentive to work with overstressed borrowers.  In fact, they might get out of the student-loan business altogether.

The Times' latest suggestion for reforming the massive student-loan debacle is typically tepid, not coming close to the heart of the problem. But what do you expect from a newspaper that makes its money selling advertising space to such luxury firms as Versace, Saks Fifth Avenue, and Armani? Do you think the Times really cares about some poor smuck who got in over his head by taking out a private student loan from Wells Fargo?

Posted by Richard Fossey at 5:13 PM No comments:

According to an article in Inside Higher Education, Harvard Graduate School of Education (HBSE) is retiring its Ed.D. degree and replacing it with the Ph.D. As an Ed.D. graduate of HGSE, I am happy to see this happen. I would much rather have gotten a Ph.D. from Harvard instead of an Ed.D., and I would certainly have selected the Ph.D. option when I was a student at Harvard had that option been available to me.
Reading the Inside Higher Education article prompted me to think back on my Harvard experience and to ask myself this question: Was the doctoral degree I received from Harvard Graduate School of Education worth the money I invested?  If I had the opportunity to make the decision again, would I still elect to pursue a doctoral degree at Harvard?  The answer to both questions is no.
At the time I was a student at HGSE, annual tuition was about $12,000 per year. Tuition has roughly tripled since then--it’s about $35,000 per year now.  And that doesn’t count opportunity costs. I was out of the job market for three years while I studied at Harvard, and the cost of living for the Boston area was high then as it is now--much higher than the South or the Midwest.
Of course I chose to study at Harvard because of Harvard’s prestige. In fact, I did not even consider studying elsewhere. I recall taking classes from two excellent professors while I was at HGSE--my education law professor and my economics professor. Both professors were gifted teachers, and to this day I try to model my own teaching after the way these two fine scholars taught. I was also introduced to the case method of teaching while at HGSE; and I teach cases to this day, sometimes writing my own teaching cases.
On the other hand, most of my Harvard classroom experiences were pretty ordinary. Since graduating from Harvard, I have taught in educational administration programs at three public universities, and I know dozens of professors who teach in my field at universities all over the United States. When I consider my three years at Harvard as a whole, I feel sure I could have received a comparable educational experience at a good state university at a far lower cost.
If someone were to ask me today if the doctoral program at Harvard Graduate School of Education is a good investment, I would say no. Whether the degree obtained is called an Ed.D. or a Ph.D., I feel sure an individual can get a better value by pursuing a doctoral program at a reputable state institution--Indiana University or the University of Utah, for example--rather than going to Harvard.  Twenty years after the fact, I don’t believe my salary or my career benefited significantly from my having a degree from Harvard Graduate School of Education as opposed to one of a hundred other doctoral granting institutions.
I took out about $22,000 in student loans to attend HGSE, a modest amount by today’s standards. I can’t say these loans burdened me unduly. But many of my Harvard classmates borrowed considerably more. I remember one woman who took out a second mortgage on her home to pay for her Harvard experience.  And I know at least a couple of people who took out loans to attend HGSE and never obtained their doctoral degree.
In retrospect, I was foolish to have gone to Harvard instead of seeking out a less expensive alternative. I consider myself one of the thousands of imprudent people who take out student loans every year to attend prestigious institutions--Harvard, Dartmouth, Smith, Vanderbilt, etc. etc. and wind up with very little to show for it. We tell ourselves that a degree from an elite university must be worth the money--it’s going to pay off in the end.  We delude ourselves into believing that a degree from a high-status institution is a tangible sign that we are indeed bright and special people.  And we borrow money--sometimes a lot of money--in order to feed our delusions.
So here is a word of advice from someone with a doctorate from Harvard. Think long and hard before you go into debt to obtain a fancy degree from an elite university, and explore less expensive alternatives.  Unless you come from a wealthy family or obtain a full-ride scholarship, all a doctoral degree from Harvard can guarantee is a heavy burden from student loans and the right to wear a flashy academic gown. In fact, you may find that a degree from a prestigious university  diminishes the quality of your life rather than enhances it.
References
Basu, K. (2012, March 29). Ending the first Ed.D. program. Inside Higher Education.
http://www.insidehighered.com/news/2012/03/29/country%E2%80%99s-oldest-edd-program-will-close-down

Posted by Richard Fossey at 11:40 AM No comments:

Today's New York Times included an editorial entitled "Misleading Advice for Student Borrowers." The Times correctly states that many for-profit schools are urging their students to enter so-called "default management" programs that allow students to defer payment on their loans due to economic hardship.

As the Times rightly observed, interest continues to accrue for many students who are in loan-deferral programs. This accrued interest is added to the principal of the debt, often causing the total amount owed to grow substantially.

The Times argued that students would be better off going into income-based repayment plans (IBRPs), whereby they are obligated to pay a percentage of their income on their student loans over a period of 20 to 25 years.  The amount that remains unpaid at the end of the lengthened repayment plan is then forgiven by the student-loan creditor.

There are three problems with IBRPs. First, like the economic-hardship deferments, interest accrues on the debt for students who are not paying enough under their IBRPs to cover accruing interest. For example, an unemployed person in an IBRP who owes $20,000 in student loans would not be obligated to pay anything on the debt until he or she found a job.  Nevertheless, the interest on the student loan would continue to accrue, making it more difficult for the debtor to ever pay off the loan.

Second, as several bankruptcy courts have noted, a student-loan debtor whose debt is forgiven at the end of a IBRP repayment period may see the amount of the forgiven debt treated as taxable income by the Internal Revenue Service.

Third, who wants to be saddled with student loan payments for 20 years? Student-loan debtors who select an IBRP as the means of paying off their debt will in essence become serfs--bound to send a percentage of their income to the federal government for the majority of their working lives.

For the Times and for many elected politicians, IBRPs seem like the easy fix to the student loan crisis.  But that is not true.  Currently, about one million student-loan borrowers are enrolled in IBRPS, and the number is likely to grow in the years to come. All these people send a percentage of their income to the federal government or its agents for at least 20 years.  And at the end of that period, they may face a tax bill for the amount of the loan that is forgiven.

No--the answer to the student-crisis for overburdened debtors is reasonable access to the bankruptcy courts--not long-term repayment plans.