Why Does the Federal Government Subsidize Foreign Medical Schools?

As Reported by Steve Rhode in Get Out of Debt Guy, the Federal Trade Commission recently filed an action against St. James School of Medicine, located in the Caribbean. According to the FTC, St. James "deceptively marketed the school's medical license exam test pass rate and residency matches to lure prospective students."

The FTC seeks a $1.2 million judgment against St. James. This judgment, the FTC asserts, will go toward student refunds and cancellation of student debt for aspiring doctors who attended St. James over the past five years.

You may wonder why the FTC asserts jurisdiction over a medical school operating outside the United States. As it turns out, this Caribbean medical school receives federal student-loan money. St. James is hardly in a position to argue that its recruiting activities are none of the FTC's business.

Going to a foreign medical school is expensive. According to a U.S. government website, the median cost of completing a medical degree at  St. George University's medical school in Grenada is $385,000.

So why not get your medical degree from Ross University in Barbados? The median cost is only $348,000--a bargain!

If not, why don't we build more medical schools in our own country instead of subsiding medical training in the Caribbean?

Moreover, it can be dangerous for an American to get a foreign medical degree. Why? Because there are more M.D. graduates in the United States than residency programs to train them.

What are the takeaways? First, Americans should be wary of attending a foreign medical school because they run a high risk of not being selected for a residency program that they will need to get a medical license.

Second, Congress should stop subsidizing foreign medical schools, which are horribly expensive and leave many of their graduates with no job prospects.

But the for-profit industry has powerful lobbyists, and Congress is unlikely to act. At the very least, then, Congress should reform the Bankruptcy Code so that jobless graduates of foreign medical schools can discharge their enormous student debt in bankruptcy. 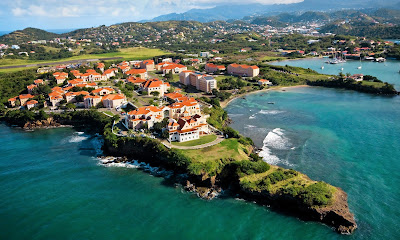 Posted by Richard Fossey at 8:53 AM No comments:

Jaime Aleckna was a student at California Coast University until 2009, and she met all the academic requirements for graduating. However, she still owed CCU $6215 when she filed for bankruptcy in 2012. Under the Bankruptcy Code, her bankruptcy petition triggered an automatic stay on all collection actions.

CCU filed an adversary complaint against Ms. Aleckna, arguing that her student loans were non-dischargeable in bankruptcy. Then, while the bankruptcy proceedings were pending, Aleckna asked CCU to send her college transcript.

CCU sent Aleckna an incomplete transcript that did not note her graduation date. The university argued that she had not technically graduated because CCU had put a "financial hold' on her account.

Aleckna then filed a counterclaim against CCU in the bankruptcy court, charging the university with violating the automatic stay provision when it failed to send her a transcript that included her graduation date. She argued that CCU had unlawfully attempted to collect on a  pre-petition debt by withholding her full transcript.  Aleckna asked the bankruptcy court to award her damages and attorneys' fees.

CCU filed a motion to dismiss Aleckna's counterclaim, which the bankruptcy court denied in 2013. The university then withdrew its adversary complaint against Aleckna. According to the Third Circuit Court of Appeals, CCU's withdrawal "was essentially a confession that Aleckna's debt was dischargeable under the Bankruptcy Code . . . ."

CCU and Aleckna ultimately went to trial on her claim that the university had willfully violated the automatic stay provision and was liable for her damages and attorney fees. CCU lost the case in 2016 and faced a potential judgment for Aleckna's fees.

CCU appealed to the Third Circuit Court of Appeals, where it argued that it had complied with any legal obligation to give Aleckna her transcript when it sent her a  transcript that did not include her graduation date.

A panel of Third Circuit judges didn't buy CCU's arguments. In a 2021 decision, the panel agreed with the bankruptcy court that "'a final transcript, with no graduation date, [is] akin to a letter of reference with no signature,' and was essentially useless."

The Third Circuit also agreed with the bankruptcy court that "providing an incomplete transcript is tantamount to providing no transcript at all."  The Third Circuit affirmed the lower court ruling that CCU's action was a willful violation of the automatic stay provision, making the university liable for Aleckna's damages and attorney's fees.

The end result? CCU's foray into a Pennsylvania bankruptcy court was costly.  In a failed effort to recover $6,215 from Aleckna, it wound up being liable for her attorney fees--which the Third Circuit estimated to be around $100,000! And, of course, CCU's own attorney fees were undoubtedly substantial.

Perhaps a lesson can be gleaned from California Coast University v. Aleckna. A college would be wiser to write off a small debt owed by a bankrupt former student rather than litigate in the federal courts for eight years.

Why? Because, as philosopher Forrest Gump might have put it, bankruptcy court "is like a box of chocolates. You never know what you're gonna get." 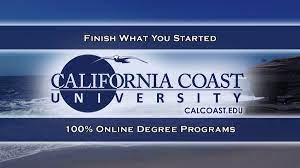 Posted by Richard Fossey at 7:35 AM 2 comments:

Our government spent trillions of dollars responding to COVID, and just about everybody got a little something from Uncle Sam.  Sometimes I think my wife and I are the only people in the United States who didn't get a COVID relief check.

For example, 14,000 law firms got Payroll Protection money, ostensibly to help them avoid laying off lawyers during the COVID crisis.  Eleven firms got $10 million each, but all 14,000 firms got at least $150,000.

Prisoners also got some COVID cash. More than a half-million incarcerated individuals got three-quarters of a billion dollars in stimulus checks.

Even drinking establishments managed to get their noses in the trough. Hooters of Louisiana, a "full-service restaurant," got $156,000.

In short, the U.S. government has been spewing out COVID cash like a drunken sailor on shore leave. So why not forgive all student-loan debt--all $1.7 trillion?

After all, student-loan forgiveness makes more sense than handing out Payroll Protection money to professional athletes and politicians.

Wiping out all student-loan debt would benefit 45 million student borrowers, giving them extra cash to put into the American economy. That's got to be a good thing.

Moreover, many student debtors took out loans to get college degrees that are worthless to them. Maybe they attended one of the dodgy for-profit colleges where they paid too much for a mediocre educational experience. Perhaps they borrowed $100,000 to get a gender studies degree from an elite college--a degree that did not lead to a good job.

But we should recognize the perils of this course of action. First of all, student loans constitute the largest category of federal assets. If those loans disappear from the nation's balance sheet, the government's fiscal situation will look bleaker than it already does.

Secondly, we should recognize the moral hazard of wholesale student-loan forgiveness. People who take out student loans in the future will likely do so with the expectation that the feds will eventually forgive the debt. Thus, they may conclude they can default on their loans with no penalty.

Finally, wiping out all student debt does nothing to pressure colleges to get their costs under control. The higher education industry will continue raising tuition rates, forcing future students to take out more student loans to finance their studies.

In conclusion, I support student-loan forgiveness. Nevertheless, wholesale loan forgiveness will not solve the student-loan crisis. Until higher education cleans up its act and reduces costs, future generations of colleges students will continue getting hammered with unmanageable college-loan debt.

Posted by Richard Fossey at 3:05 PM No comments:

Under Water On Your Student Loans? Don't Count On Your Parents to Bail You Out

In the 1990s, Wendi LaBorde took out student loans totaling about $75,000, but she could not repay those loans. Over time, interest accrued on the debt.

In 2010, the Department of Education obtained a judgment against Ms. LaBorde for approximately $395,000--five times what she borrowed.

In 2014, LeBorde received the proceeds from her late mother's life insurance--$485,902, which was enough money to pay off the judgment on her student debt.

LaBorde didn't use the insurance money to pay off her student loans. Instead, she created a trust that named Connie Christine LeBorde, her daughter, the beneficiary. The trust bought a condo in California and then sold the condo and purchased a home in Riverside County, California, for $403,000.

In 2020, the federal government sued LaBorde, accusing her of making a fraudulent transfer to avoid paying the judgment against her for her unpaid student loans. The feds pointed out that LaBorde's daughter, the trust beneficiary, lived in Arkansas and LaBorde lived in the Riverside County house.

A federal court agreed with the federal government. Late last month, the court ruled that Laborde's transfer of life insurance money to the trust was fraudulent. It ordered that LaBorde be named the owner of the Riverside County house, making it subject to the government's lien for $437,000--the amount of her unpaid student loans plus accrued interest.

What happens next?  The federal government will enforce its lien on the California home where LaBorde was living. Ultimately, the house will probably be sold, and most of the proceeds will go to Uncle Sam.

Millions of Americans are burdened by college loans they can't repay. Many have given up even trying to pay off their student debt. Meanwhile, interest continues to accrue. It is not uncommon for people to owe three, four, or even five times the amount of their student loans due to penalties and accrued interest.

White House Extends Pause on Student-Loan Payments Until the End of August: Will Biden Go the Full Monty?

The White House is extending the pause on student-loan payments until August 31st--an extraordinary development. By the time this pause ends in September, millions of student borrowers will have been relieved from making payments on their student loans for almost two-and-a-half years.

Joe Biden, right now, is the only president in history where no one's paid on their student loans for the entirety of his presidency.

What's next? I predict President Biden will announce significant student-debt relief this fall--in time to impact the 2022 midterm elections.

After all, it would be political madness for the Biden administration to force student borrowers to begin making payments again only weeks before the nation goes to the polls to elect the next Congress.

Sometime in August or September, I think the President will do one of three things:

In my opinion, the President will take the middle course and give college borrowers $50,000 in debt relief. A $10,000 write-off is not big enough to satisfy his base, and wiping out all $1.7 trillion in student debt is too audacious.
But regardless of what President Biden decides to do regarding student-debt relief, here are things the federal government will probably not do:
Congress will not rein in the for-profit colleges. The for-profits' lobbyists and campaign contributions will continue protecting this sleazy racket.
Congress will not reform or eliminate the Parent PLUS program. Parent PLUS has brought financial ruin to hundreds of thousands of low-income families, but too many colleges depend on Parent PLUS money for Congress to shut down the program.
Congress will not reform the Bankruptcy Code to allow distressed student borrowers to shed their college loans in bankruptcy.
As I have said for twenty years, the simplest and most equitable way to address the student-loan crisis would be to allow honest but unfortunate college borrowers to discharge their student loans in the bankruptcy courts. But that reform makes too goddamned much sense for Congress to do it.
In short, what we are likely to see in the coming months is massive student-loan debt relief with no reforms whatsoever for the federal student-loan program--the biggest boondoggle in American history.

Posted by Richard Fossey at 8:37 AM No comments: