How Can I Get Out of the Student Loan I Cosigned for My Son? Advice from Steve Rhode, the Get Out of Debt Guy

If you are thinking about taking out a Parent PLUS loan to finance your child's college education or co-signing a relative's loan, you should read Steve Rhode's essay, first published at Get Out of Debt Guy, a consumer counseling web site.

Dear Steve,
It took my son 6 years to get a BA degree. By the 5th year, I ran out of money so I co-signed a private loan for him. For the past 4-5 years, I pay on this loan diligently every month because he refuses to the pay the loan or give me anything towards the payment and I don’t want to jeopardize my credit.
The original loan amt was 34K it is now only down to 29K because the interest rate keeps going up ..now it is at 7.75%. Additionally, he refuses to re-finance the loan
How can I get out from under the responsibility of his debt without jeopardizing my credit?
Sue
Answer:
Dear Sue,
Your son is being kind of a jerk. You helped him finish school and he can at least make some payment, even if he can’t pay it all each month.
Unfortunately, when you cosigned the loan you agreed to be 100% responsible for the loan. There is nothing good in cosigning if you are the one signing. My universal law of cosigning is don’t do it.
If you don’t want to ding your credit then you either need to pay the loan off in full or keep making at least the minimum monthly payment.
If you wanted to remove your liability for the debt you can do that but it will have a credit impact. Some of those options include filing bankruptcy or paying less than you owe on the balance as a settlement. However, you will need to go delinquent to settle it and the balance forgiven may be reported as a bad debt and be taxable.
The only way to make this situation different without harming your credit or costing you a big chunk of change would be to go back in time to the minute before you cosigned for him.

Last month, Adam Looney of the Brookings Institution released a paper that is chock full of ideas for fixing the federal student-loan program. Looney began his paper with a withering condemnation of the program in its present form, which he accurately described as an outrage. I am quoting his critique verbatim, just putting his words into a bullet-style format:

All these failures, Looney charges, "are entirely the result of federal government policies."

Nevertheless, for all its faults, Looney thinks the federal student loan program is worth fixing, and he makes several interesting reform proposals:

First, Looney recommends a cap on loans to graduate students. Currently, graduate students in the Grad PLUS program can take out student loans to pay the entire cost of their studies, no matter what the cost, which is nuts.

This "sky is the limit" loan policy has led to the escalating cost of getting an MBA or law degree. In fact, the American Bar Association estimates that the average student at a private law school takes out  $122,000 in student loans.

Second, Looney recommends applying an "ability-to-pay" standard to parent loans or eliminating them altogether. In my view, the Parent PLUS program should be shut down. It is insane to lure parents into financing their children's college education by taking on massive student-loan debt--debt which is almost impossible to discharge in bankruptcy.

REPAYE, introduced by the Obama administration, allows student debtors to pay 10 percent of the discretionary income (income minus 150 percent of the poverty level) for 20 years rather than attempt to pay off their loans in the standard 10-year repayment plan.

In conjunction with automatic REPAY enrollment, Looney calls for voiding all fees, capitalized interest, and collection costs on current borrowers--costs and fees they wouldn't have suffered if they had been automatically enrolled in REPAYE. In addition, he proposes to cancel all student-loan debt that is 20 years old or older--without regard to the status of these loans.

Finally, Looney calls for a halt in wage and Social Security garnishment, and an end to the Treasury Offset program--the program that allows the government to capture defaulted borrowers' tax refunds.

These are all good proposals, but I have reservations. First, is it good public policy to automatically enroll all student-loan debtors in REPAYE--a 20-year income-based repayment plan? If we go that route, we will be creating a massive class of indentured servants who will be paying a percentage of their income to the government for the majority of their working lives.

Moreover, most people in those plans will never pay back the principal on their loans and could wind up with huge amounts of forgiven debt after 20 years, which would be taxable to them as income.

Secondly, Looney's proposals--all good, as I have said--are complicated, and the Department of Education has a dismal record managing just about every aspect of the student-loan program. For example, individuals enrolled in the Public Service Loan Forgiveness program have been applying for debt relief, and the Department of Education has rejected 99 percent of all claims.

But let's face facts. Millions of student borrowers are not paying back their loans under the present system. Indeed, Secretary of Education Betsy DeVos acknowledged last November that only one debtor out of four is paying down principal and interest on student loans.

Let's admit that the student-loan program is a catastrophe, grant relief to its victims, and design a system of higher education that is not so hideously expensive.

Secretary of Education Betsy Devos hired McKinsey & Company, a global consulting firm, to audit the federal student loan program. Why did she do that?

After all, the Congressional Budget Office, the Government Accountability Office or the Inspector General could have done the job. Why hire a private firm?

I'm thinking Secretary DeVos and the Trump administration realize the federal student-loan program is under water. They know the news is bad, but they want to know just how bad it is. After all, Secretary DeVos compared the program to a looming thunderstorm in a speech she made last November.

It took 42 years, DeVos pointed out, for the federal student-loan portfolio to reach half a trillion dollars (1965 until 2007). It took only 6 years--2007 to 2013--for the portfolio to reach $1 trillion. And in 2018--just five years later--the federal government held $1.5 trillion in outstanding student loans. In fact, uncollateralized student loans now make up 30 percent of all federal assets.

This wouldn't be a problem if student borrowers were paying off their loans. But they're not. As DeVos candidly admitted last November, "only 24 percent of FSA borrowers—one in four—are currently paying down both principal and interest." One in five borrowers are in delinquency or default, and 43 percent of all loans are "in distress" (whatever that means).

Although DeVos did not say so explicitly, she basically acknowledged that we've arrived where we are because the government is cooking the books. Student loans now constitute one third of the federal balance sheet. "Only through government accounting is this student loan portfolio counted as anything but an asset embedded with significant risk" DeVos said. "In the commercial world, no bank regulator would allow this portfolio to be valued at full, face value."

We can hope that McKinsey and Company will give us an accurate accounting. But we already know the news will be catastrophic.  More than 7.4 million people are in income-based repayment plans (IBRPs) that stretch out for 20 and even 25 years. IBRP participants make loan payments based on their income, not the amount they borrowed. Virtually no one in these plans will ever pay off their loans.

Millions more have their loans in deferment or are prolonging their education to postpone the day they will be obligated to start making loan payments. Thus--as DeVos disclosed--only a quarter of student-loan borrowers are paying back both principal and interest on their loans.

Over the past 15 years or so, presidential administrations have juggled the numbers to postpone the day of reckoning. "After us, the deluge," has been the watchword.  Meanwhile, university presidents are saying nothing about this looming thunderstorm. They hope the deluge won't come until they are drawing their pensions.

The McKinsey report, when it comes, will be a shock to the public consciousness. And there is only one solution. We must admit that the federal student-loan program is totally out of control and allow its victims to discharge their loans in bankruptcy. 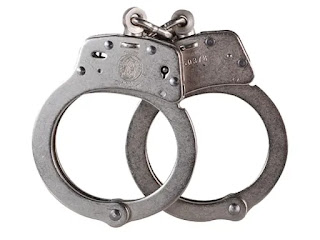