More Bad News About Student Loans: The Default Rate for Parent PLUS Loans Has Nearly Tripled Since 2006

Inside Higher Education reported today that the default rate for Parent PLUS loans has nearly tripled since 2006.  According to the Department of Education's most recent report, the three-year default rate on these loans is 5.1 percent.  In 2006, the PLUS loan default rate was only 1.8 percent.

The higher PLUS loan default rate doesn't sound too bad when compared to the overall student-loan three-year default rate--about 14 percent, according to DOE's report last October.  But let's look at the PLUS Loan default rate for parents of students attending for-profit colleges--13.3 percent!

That's a scary number. And keep in mind that parents are not required to begin making loan payments until their children complete their studies.  If a student takes six years to graduate  (which is typical) or enrolls for graduate studies, the parent is not obligated to make loan payments until those studies are complete. Meanwhile, the interest is accruing on those loans--making them more difficult to repay. 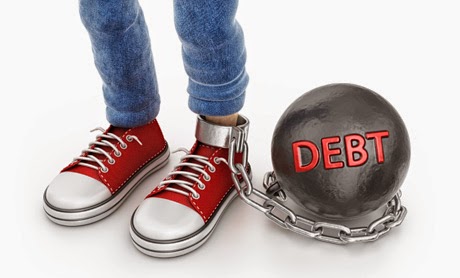 Some institutional players--the Historically Black Colleges and Universities, in particular, are protesting recent efforts by DOE to tighten loan standards for PLUS loans. They say that making it more difficult for parents to borrow money for their children to attend college will disproportionately effect African American families and make it more difficult for African Americans to attend college.

But the HBCUs are primarily thinking about themselves, don't you think?  They don't want the feds to reduce the flow of federal student-aid dollars by making it harder for parents to take out PLUS loans.

A number of people commented on today's Inside Higher Education article, and it is clear to me that many of the commentators know a lot about the PLUS loan issue.  But as of this morning, not a single commentator pointed out that PLUS loans, like all federally-sponsored student loans cannot be discharged in bankruptcy unless the parents can show "undue hardship."

In other words, parents who borrow money under the PLUS program don't have reasonable access to the bankruptcy courts if they run into financial trouble caused by illness or the loss of a job. Thus, if their children get in over their heads by borrowing more money than they can pay back, both the student and the parents will be saddled with a debt that cannot be discharged in bankruptcy absent very unusual circumstances.

The higher education industry's discussions about the federal student loan crisis has an Alice in Wonderland quality about it.  The colleges and universities--whether public, private, for-profit or HBCUs--are primarily interested in keeping that federal student aid money flowing. They are like crack addicts--addicted to federal money just to keep their doors open.

We should be making every effort to keep college costs from continuing to rise. We should discourage parents from taking out personal loans to pay for their children's education. And--this is very important--we should amend the Bankruptcy Code to allow overburdened student loan debtors to discharge their debts in bankruptcy, whether they are students or the parents of students.

Posted by Richard Fossey at 9:44 AM