Why Humiliate Yourself To Get into an Ivy League College? The Search for a Richer Life

Years ago I had a professor at the University of Texas who hung his college diploma in the guest bathroom of his home--right above the toilet.  As I recall he was a Harvard graduate.

I remember being offended by the gesture, intended I suppose to be ironic. If I had the opportunity to go to Harvard or any Ivy League university, I told myself, I would hang my diploma in a place of honor.

Years later I obtained a doctorate degree from Harvard, one of the stupidest things I ever did. For years I hung my diploma in my office, but today it hangs in a back hallway of my home.  I didn't put my Harvard diploma in an obscure place to be ironic.  I just came to realize how meaningless my Harvard degree really is. 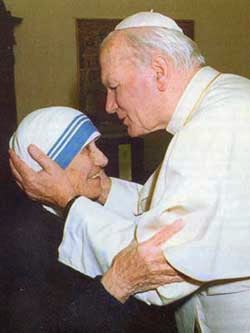 Yesterday, Frank Bruni had an op ed piece in the New York Times about people humiliating themselves in their college admissions essays in order to stand out and perhaps improve their chances of being accepted at an elite college.  One young woman, Bruni wrote, confessed in her essay that she had once urinated on herself rather than interrupt an intellectually stimulating conversation with a teacher. Another young man revealed his disappointment with size of his genitals. Other students enroll in college-application camps, which can cost up to $14,000, where they are taught how to polish their college admissions essays to make them more appealing to Ivy League admissions officers.

Why do young people turn themselves inside out to get into an elite American university--Harvard, Yale, Dartmouth, Brown, Duke, Columbia, etc. I suppose they believe that these institutions hold the key that unlocks the golden door. If only I can get a degree from Harvard, these people tell themselves, I will have a richer life.

But I think many people who hanker to go to an elite college will be disappointed if they actually enroll. For the most part, these institutions are intellectually vapid, surreptitiously  racist, and pathetically provincial in their outlook on the world. They are openly contemptuous of American culture and traditional American values.  The people who run these cesspools of privilege think they embrace diverse philosophies and points of view, yet they harass traditional Christian student groups.  The professors and administrators of these intellectual ghettos think they are guardians of truth and beauty, yet they scorn the very notion that there are universal truths. Indeed, a great many people who inhabit our elitist universities seek nothing more from life than money, power, and public recognition.

Moreover, our elite institutions are not producing people who can analyze and solve problems, as evidenced by the way the Obama administration is running the country. Almost everyone connected withe the present  administration in Washington has a degree from an elite British or American university, and yet it is evident to nearly everyone that these folks do not know what they are doing.

And of course, all these prestigious colleges and universities are outrageously expensive. It will cost you around sixty grand a year to hang out with a bunch of nincompoops.

I was ruminating on Bruni's essay yesterday morning when I walked into my parish church to attend Mass. I saw four nuns of the Missionaries of Charity sitting in the back of the church--sisters of Mother Teresa's order. They are quite distinctive in their white veils with the blue stripes--veils that always remind me of my grandmother's tea towels.

As I looked at these nuns I realized that there is a great gulf between a humiliating life and a life lived in humility. Some people are willing to humiliate themselves in order to get into Harvard or Yale. Others are humble enough to give their lives to God.

And I wondered, as I turned to genuflect before the tabernacle, who has the richer life--the people who dedicate their lives to God or the people who get a degree from Harvard?

Posted by Richard Fossey at 8:44 AM