Huma Abedin: Hillary will throw her under the bus. A Catholic reflection on politics and fame as All Souls Day approaches and we remember our honored dead

Those of us who live in fly-over country will never know all the facts about Hillary's private emails, but this much I believe we can safely conclude:

1) James Comey is a decent and honest man. Mr. Comey was fully aware of the political and legal risks he was taking when he sent a letter to Congressional leaders telling them the FBI had discovered new evidence on Anthony Weiner's computer about Clinton's private email traffic.

Attorney General Loretta Lynch objected to Comey's decision to alert Congress, and Comey sent the letter anyway. Surely he is a man of integrity and courage.

2) Whatever the FBI found on Weiner's computer must be significant. At the very least, I think Weiner's computer will show that Huma Abedin, Weiner's estranged wife and Hillary's closest confidant, lied to the FBI when she testified about Hillary's private server. And the new evidence may show that Hillary lied as well. Otherwise, why would Comey write such an explosive letter?

5) Journalists and politicians who sold their integrity to support Hillary Clinton will never regain the public's trust. Bill Richardson, former governor of New Mexico and a Democrat, chastised Mr. Comey on Fox News this morning for sending a bombshell letter to Congressional Republicans just a few days before the election. But as the Fox News commentator quickly reminded Richardson, Comey sent the letter to both Republicans and Democrats. Richardson's characterization of the letter, like Hillary's, was a deliberate misrepresentation.

In my mind, Richardson's pathetic dissembling destroyed his credibility forever. And the same can be said for dozens of other obsequious Clinton supporters. For example, Froma Harrop, insinuated in an op ed column that Bernie Sanders is a racist when Bernie was running against Hillary in the Democratic primaries last spring. Bernie Sanders--a racist?

Will Froma Harrop ever recover her integrity after writing that sleazy essay? No, she won't.

Yesterday, while Hillary's latest email scandal simmered and boiled, I drove to Livonia LA to visit the Catholic cemetery at St. Francis Cabrini Catholic Church near Bayou Grosse Tete. This is the weekend before All Souls Day; and in South Louisiana, every Catholic family has a duty  to place flowers on the graves of departed loved ones. I was determined to honor this tradition by placing bouquets of flowers on the graves of Ivy Alford, Sr. and his wife Mary Alice, my wife's grandparents.

To my surprise, fresh flowers had been placed on about  two thirds of the graves in Cabrini cemetery. The Cajuns were honoring their dead,  knowing the parish priest would sprinkle holy water on the grave sites on All Souls Day. No one wanted to appear indifferent to their ancestors as this Holy Day of Obligation approached.

Before leaving the cemetery, I noticed two men standing at Mr. Alford's grave; they were obviously paying respect to his memory. I introduced myself and the men told me a little about Mr. Alford, who had died 30 years ago. They testified to his kindness, his willingness to help anybody who needed aid. They recalled his humility and his sense of humor. A teardrop appeared on one man's face as he testified to Mr. Alford's extraordinary goodness.

Ivy Alford, Sr. was not a wealthy man; he left this world without leaving much of anything other than a good duck-hunting shotgun. But he was loved, and he is still remembered 30 years after his death.

Hillary Clinton will go down in history as America's most prominent woman politician. If she is elected President, she will have a presidential library; and win or lose,  scholars will write books about her for centuries to come. And when she dies, she will lie beneath a stately monument.

But no one will stand before Hillary's grave 30 years after her death and shed a tear for her remembered kindness. And so who lived the greater life--Hillary Clinton or Ivy Alford, Sr? 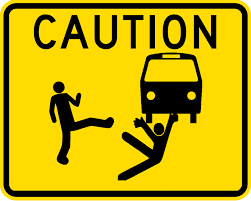 Posted by Richard Fossey at 9:04 AM