Older Americans are burdened by their children's student loans

Gold will turn to gray and youth will fade away
They'll never care about you, call you old and in the way

The Consumer Financial Protection Bureau issued a useful report a few days ago on student-loan indebtedness and older Americans.  Here are some of the CFPB's key findings:
All this is very interesting, but here is the CFPB's most disturbing finding: Almost three quarters of older Americans with student-loan debt (73 percent) reported that their loans were "for a child's and/or grandchild's education."

How did so many older Americans become burdened by loans taken out for their children or grandchildren? Two reasons: either they took out a federal Parent PLUS loan for a child's education or they co-signed a private student loan.

Currently, private banks hold about $102 billion in student loans. Except in rare circumstances, the banks will not issue private student loans unless a co-signer agrees to be responsible for the debt. In most cases, the co-signer on a private loan is a parent or grandparent. And, as the CFPB pointed out, more than half of all co-signers are 55 years or older.

This is a serious problem because a lot of older borrowers who are burdened by their children's or their grandchildren's education costs face serious financial challenges of their own. A great many are having trouble meeting their own health care costs or saving for their retirement.

And here is the great tragedy behind the CFPB's report. Elderly people who co-sign a student loan for a child or grandchild cannot discharge that debt in bankruptcy unless they can meet the "undue hardship" test articulated by the bankruptcy courts. And that is a very hard test to meet.

And this is true whether an elderly person's debt arises from a federal student loan or a private student loan.  In fact, Congress revised the Bankruptcy Code in 2005 (under the leadership of Senator Joe Biden) to put private student loans under the same undue hardship standard that applies to federal loans.

This is unjust, and many commentators have argued that private student loans should be dischargeable in bankruptcy like any other unsecured debt. But Congress has not repaired its mistake by repealing that pernicious 2005 revision in the Bankruptcy Code.

A lot of liberal U.S. Senators and Congresspeople bleat in compassionate tones about the plight of distressed student-loan borrowers. But what have they done to bring tangible relief to millions of people--including elderly people--who are suffering under the weight of overwhelming debt?

Perhaps our national legislators will read the CFPB report and realize that elderly people who become overburdened by debt they incurred to educate their children or grandchildren should be able to discharge that debt in bankruptcy if they become insolvent without having to meet the Bankruptcy Code's undue hardship restriction.

But that will never happen. To paraphrase an old Grateful Dead song, Congress treats older Americans like they're just old and in the way. 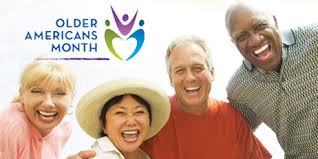