In a recent post, I wrote about Alan and Catherine Murray, who won a partial discharge of their student-loan debt in a bankruptcy case decided in December 2016.  Educational Credit Management (ECMC), the creditor in their case, is appealing the decision. We should all hope ECMC loses the appeal, because the Murrays are the poster children for the student-loan crisis.

Alan and Catherine Murray: Poster Children for the Student-Loan Crisis

Alan and Catherine Murray, a married couple in their late forties, took out 31 federal student loans to get bachelor's degrees and master's degrees in the early 1990s. In all, they borrowed about $77,000, not an unreasonable amount, given the fact that they used the loans to get a total of four degrees.

In 1996, the Murrays consolidated all those loans, a sensible thing to do; and they began making payments on the consolidated loans at 9 percent interest.  Over the years they made payments totally $58,000--or 70 percent of what they borrowed.

Nevertheless, during some periods, the Murrays obtained economic hardship deferments on their loans, which allowed them to skip some payments. Interest continued to accrue, however; and by 2014, when the Murrays filed for bankruptcy, their $77,000 debt had ballooned to $311,000!

Fortunately for the Murrays, Judge Dale Somers, a Kansas bankruptcy judge, granted them a partial discharge of their massive debt. Judge Somers ruled that the Murrays had managed their student loans in good faith, but they would never be able to pay back the $311,000 they owed. Very sensibly, he reduced their debt to $77,000, which is the amount they borrowed, and canceled all the accumulated interest.

Educational Credit Management Corporation (ECMC), the Murrays' student-loan creditor, appealed Judge Somers' ruling. The Murrays should have been placed in an income-driven repayment plan (IDR), ECMC argued, which would have required them to pay about $1,000 a month for a period of 20 years.

Obviously, ECMC's argument is insane. As Judge Somers pointed out, interest was accruing on the Murrays' debt at the rate of almost $2,000 a month. Thus ECMC's proposed payment schedule would have resulted in the Murrays' debt growing by a thousand dollars a month even if they faithfully made their loan payments. By the end of their 20-year payment term, their total debt would have grown to at least two thirds of a million dollars.

The Murrays' case is not atypical: Billions of dollars in student loans are negatively amortizing

You might think the Murray case is an anomaly, but it is not. Millions of people took out student loans, made payments in good faith, and wound up owing two, three, or even four times what they borrowed. In other words, millions of student loans are negatively amortizing--they are growing larger, not smaller, during the repayment period.

For example, Brenda Butler, whose bankruptcy case was decided last year, borrowed $14,000 to get a bachelor's degree in English from Chapman University, which she obtained in 1995. Like the Murrays, she made good faith efforts to pay off her loans, but she was unemployed from time to time and could not always make her loan payments.

By the time Butler filed for bankruptcy in 2014, her debt had doubled to $32,000, even though she had made payments totally $15,000--a little more than the amount she borrowed.

Unfortunately for Ms. Butler, her bankruptcy judge was not as compassionate as the Murrays' judge. The judge ruled that Butler should stay on a 25-year repayment plant, which would terminate in 2037, 42 years after she graduated from Chapman University.

Here is sad reality. Millions of people are seeing their total student-loan indebtedness go up--not down--after they begin repayment. According to the Brookings Institution,  more than half of the 2012 cohort of student-loan borrowers saw their total indebtedness go up two years after beginning the repayment phase.  Among students who attended for-profit colleges, three out of four saw their loan balances grow larger two years into repayment.

And the Wall Street Journal reported recently that half the students at more than a thousand colleges and schools had not reduced their loan balances by one dime seven years after their repayment obligations began.

The Federal Student Loan Program is a Train Wreck

Awhile back, Senator Elizabeth Warren accused the federal government of making "obscene" profits on student loans because the interest rates were higher than the government's cost of borrowing money. Warren's charge might have been true if people were paying back their loans, but they are not.

Eight million people are in default and millions more are seeing their student-loan balances grow larger with each passing month.  The Murrays are the poster children for this tragedy because they handled their loans in good faith and still wound up owing four times what they borrowed.

In short, the federal student loan program is a train wreck. Judge Somers' solution for the Murrays was to wipe out the accrued interest on their debt and to simply require them to pay back the principle. This is the only sensible way to deal with the massive problem of negative amortization. 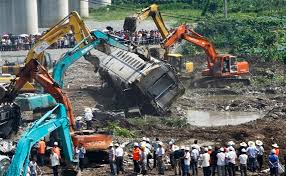