House of Representatives taxes graduate students' tuition waivers: Kicking 'em while they are down

A tax bill passed the House of Representatives a few days ago, and Republican congresspeople went out of their way to show contempt for America's postsecondary students. The House bill treats tuition waivers as income, which means that American graduate students who receive these waivers will get big tax bills in the years to come if the bill becomes law in its present form.

Under current tax law, tuition waivers are not taxable; and if the law changes, thousands of graduate students will suffer. As Erin Rousseau explained in a New York Times op ed essay, taxing tuition waivers "would make meeting living expenses nearly impossible, barring all but the wealthiest students from pursuing a Ph.D." Undoubtedly, this new tax burden would force graduate students to take out even more student loans, and many may do the math and decide that it doesn't make economic sense to get a graduate degree.

And this is not the only kick in the ribs that House Republicans delivered to American students. The House bill also eliminates the student-loan interest deduction, which allows middle-income student borrowers to get a modest tax break while they are paying off their student loans.

Millions of Americans are already suffering from staggering levels of student-loan debt; and the House bill only adds to their burdens. Instead of making life harder for students, Congress should pass legislation that will relieve some of their distress.  For example:

But Congress isn't doing anything to ease the suffering of student borrowers. Instead, the House of Representatives passed a bill to raise their taxes!

Congress should be careful.  Forty-four million Americans are weighed down by student-loans. That's a big voting block if students ever get together. 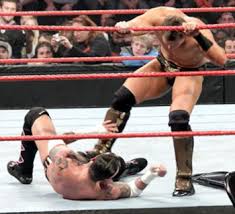