Baby Boomers are stealing from the Millennials: Stocks and bonds for grandma and grandpa; perpetual debt for their grandchildren

Baby Boomers are stealing from the Millennials. People in their 60s and 70s are retiring comfortably in sunny Florida or taking luxury river cruises down the Danube. Meanwhile, their grandchildren are struggling with massive student-loan debt they will never pay off.

As John Rubino put it, "we baby boomers have rigged the system in our favor at the expense of pretty much everyone else," forcing younger generations to take out student loans to get their college degrees. "[S]tudent loans--barely necessary when most boomers graduated 40 years ago--have become a life-defining problem for our kids and grandkids."

Rubino is right. The people who run this country--judges, legislators, college presidents, and the captains of industry--got their college degrees for a modest sum; and most graduated with little or no student debt. But their grandchildren will take out massive student loans to get their postsecondary credentials, and many will remain indebted for decades.

According to a Brookings Institution report, most student borrowers with large loan balances are not defaulting on their loans; they just aren't paying them back. Millions have their loans in deferment, allowing them to skip their loan payments without being put into default.  Six million are now enrolled in some type of income-based repayment plan (IBR) that allows them to make smaller loan payments but keeps them indebted for 20 or 25 years.

Millions more are simply defaulting on their loans--which means their credit is shot and their loan balances have shot upward due to default penalties and accrued interest on their unpaid debt. According to the New York Times, college borrowers defaulted at the rate of 3,000 a day in 2016.

Rubino sees only one solution to this mess:"massive devaluation" of our currency to allow student debtors to pay off their loans with cheaper money. But that won't work unless Millennials' salaries rise high enough so that current debt loads are no longer burdensome. And there is no sign this is happening.

Total outstanding student-loan indebtedness is now about $1.5 trillion, or $1.6 trillion if you include private student-loan debt. About half of this amount will never be paid back. We really only have two options. We can forgive billions of dollars in uncollectable student-loan debt or we can continue to allow millions of Americans to slip out of the middle class--dragged down by their student loans and unable to buy homes or save for their retirement. 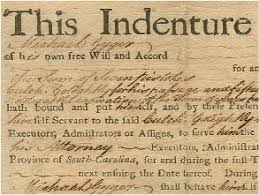 John Rubino. Loan Shark Nation: Forcing Our Kids To Choose Between Student Loans And Everything Else.