Schatz v. U.S. Department of Education: A 64-year-old student-loan debtor is denied bankruptcy relief because she has equity in her home

Audrey Eve Schatz, a 64-year-old single woman, attempted to discharge $110,000 in student-loans through bankruptcy, but Judge Elizabeth Katz, a Massachusetts bankruptcy judge, refused to give Ms. Schatz a discharge. Why?  Because Schatz had enough equity in her home to pay off all her student loans.

This is Ms. Schatz's sad story as laid out in Judge Katz's opinion.

Schatz graduated from the University of Massachusetts in 1977 with a bachelor's degree in psychology. Over the years, she held a variety of low-skill jobs: repairing used clothing, selling items at flea markets, working part-time for a school district, etc.  As Judge Katz acknowledged, none of these jobs were lucrative; and more than 25 years after completing her bachelor's degree, Schatz decided to go to law school.

Schatz studied law at Western New England College School of Law, a bottom-tier law school; and she took out student loans to finance her studies. She graduated with a J.D. degree in 2009, but she failed to find a high-paying job. According to the court, Schatz's net income after graduating from law school never exceeded $15,000.

First, DOE argued that Schatz had not "maximized her skills to increase her earning potential." And in fact, Schatz worked as a volunteer at the Berkshire Center for Justice, a legal aid center she had founded while in law school. But Schatz explained she was working as a volunteer to gain experience as a lawyer while she looked for a paying job; and it seems unlikely she would have worked for free if she had been offered a good attorney's job.

Second, DOE argued that Schatz had not substantiated her claim that health issues hindered her job prospects. DOE said she should have called a medical doctor to testify about her health.

Finally, DOE pointed out that Schatz had equity in her home--enough equity, in fact, to completely pay off her six-figure student-loan debt.

Judge Katz  found DOE's last argument persuasive. By the judge's calculation, Schatz had at least $125,000 of equity in her home, more than enough to cover her student-loan debt.  According to Judge Katz, Schatz could sell her home, pay off her student loans, and still be able to maintain "a minimal standard of living." In Judge Katz's view, the burden was on Schatz to produce evidence that the home she lived in was necessary to maintain "a minimal standard of living," and that no alternative housing was available at a price similar to her current mortgage payment.

Given the facts of Audrey Schatz's financial circumstances, which Judge Katz verified in her opinion, I found the judge's decision to be shockingly callous.  Schatz is 64 years old--near the end of her working life. As Judge Katz noted in her opinion, Schatz had never made more than a modest wage even after she graduated from law school.

Moreover, Schatz testified at trial that she expected to get a Social Security check of less than $900 a month and that her retirement account contained only $1,800. And Judge Katz wants Ms. Schatz to sell her house!

Judge Bailey expressed frustration with the traditional tests bankruptcy judges are using in student-loan cases: the Brunner test and the "totality-of-circumstances" test. "I pause to observe that both tests for 'undue hardship' are flawed," he wrote. In Judge Bailey's view, "[t]hese hard-hearted tests have no place in our bankruptcy system."

Judge Bailey then went on to articulate a more reasonable standard for determining when a debtor's student loans should be discharged in bankruptcy.  "If a debtor has suffered a personal, medical, or financial loss and cannot hope to pay now or in the reasonably reliable future," the judge reasoned, "that should be enough."

Unfortunately for Audrey Schatz, her bankruptcy case was assigned to Judge Elizabeth Katz and not Judge Frank Bailey. Had Judge Bailey been her judge, Ms. Schatz might have discharged her six-figure student-loan debt and kept her house. Surely this would have been some comfort to her when she enters old age and begins living on a Social Security check of $856. 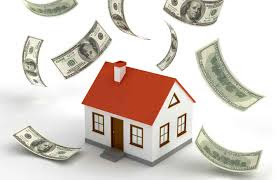 Posted by Richard Fossey at 7:17 PM