For many years, the Department of Education has managed the federal student-loan program like a drunk creeping through heavy traffic. It has stumbled, reeled, dissembled, weaved and bobbed, but always avoided a head-on collision with reality.

But that time is over. Under Betsy DeVos's colossal mismanagement (and her predecessors), DOE has messed up the Public Service Loan Forgiveness Program (PSLF), thereby telegraphing to 44 million student-loan borrowers that Betsy Devos is either fiendishly devious or spectacularly incompetent.

The PSLF program is not complicated.  Under federal law, student-loan borrowers who work for a qualified employer (governmental agency or non-profit) and make 120 student-loan payments under an approved repayment plan are eligible to have remaining student-loan debt cancelled. (It's a little more complicated than that, but not much.)

Almost 1.2 million borrowers have applied to have their employment certified for PSLF eligibility. More than a quarter million applications were denied. That alone is a startling fact.

But it gets worse. About 28,000 people who are in the PSLF program (or at least believe they are in it) applied to have their student loans forgiven based on their representation that they had made the 120 required student-loan payments. How many people have obtained debt relief so far? Less than 100!

What are we to make of this gigantic snarl?

First, DOE has made the PSLF program needlessly complicated. After all, the government only needs to answer two questions to determine who is eligible for debt relief. Did the applicant work for an approved employer for 10 years? Did the applicant make 120 one-time payments on his or her student loans?

Second, the PSLF program was poorly designed, and DeVos's DOE has reached the startling realization that the program is astonishingly expensive.  In my opinion, DOE is dragging its feet about processing PSLF claims to postpone the reckoning day, when it will have to publicly admit that PSLF is going to cost taxpayers billions of dollars.

According to GAO, the average amount of forgiven debt for the first 55 people who received student-loan forgiveness is almost $58,000. If  this average continues to hold, and all 890,000 people whose loans and employment were certified eventually get debt relief, the cost will be $50 billion! Meanwhile, DOE can expect PSLF requests for certification and debt relief to continue being filed into the indefinite future.

No wonder DOE is slow rolling the PSLF loan-forgiveness process. 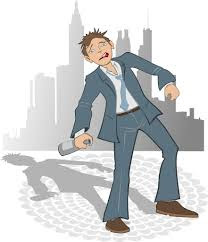