Misinformation: Some commentators inaccurately say that student loans cannot be discharged in bankruptcy

Last month, Mises Institute, an Austrian think tank, posted an interesting article on the American student-loan crisis. For the most part, the article contains interesting and accurate information; but it also said student loans cannot be discharged in bankruptcy--which is not true.

The Mises Institute article focuses on student-loan debt owed by older Americans, As author Andrew Moran explained, these debts fall into two categories: student loans that seniors take out to finance their own education and Parent PLUS loans, which are loans older Americans take out for their children's postsecondary studies.

"It is the Parent PLUS program that seems to be wreaking the most havoc on older Americans," Moran wrote. These loans are marketed to parents of college students and carry a fixed interest rate of 7.67 percent plus an origination fee equal to 4.2 percent of the loan. As Moran noted, there is no cap on the amount of money parents can borrow through Parent PLUS.

American seniors who fall behind on their student-loan payments face serious consequences. As Moran reported, the federal government can seize income-tax refunds from senior Americans who default on their student loans (either their own loans or the loans they took out for their children). The feds can also garnish Social Security checks. True enough.

It is true that discharging student loans in bankruptcy is very difficult, and the Department of Education or its agents oppose bankruptcy relief in almost every instance. But in recent years, bankruptcy judges have discharged student-loan debt in a number of cases.

For example, in the Abney case, a Missouri bankruptcy judge discharged student loans owed by a man in his 40s who was living near the poverty line and had actually slept in his employer's truck for a time. In the Lamento case, an Ohio judge discharged student loans owed by a 35-year-old, single mother with two children who had taken out loans to get a college degree she had been unable to obtain.

One might argue that isolated decisions by compassionate bankruptcy judges are anomalies, and that the common belief that student loans are nondischargeable is overall still true. But several federal appellate courts have expressed sympathy for distressed student-loan debtors. The Roth decision by the Ninth Circuit Bankruptcy Appellate Court, the Krieger ruling out of the Seventh Circuit, the Fern case from the Eighth Circuit Bankruptcy Appellate Court, and the Tenth Circuit's Polleys decision all approved bankruptcy relief for overburdened student debtors.

I do not wish to criticize Mr. Moran for the error in his Mises article. The Department of Education has done nothing to dispel the myth that student loans are nondischargeable; and in fact DOE has uniformly opposed bankruptcy relief, even for people in desperate circumstances. In the Myhre case, for example, DOE opposed bankruptcy relief for a quadriplegic who was gainfully employed but not making enough money to pay for the full-time care he needed to feed and dress himself.

And a pattern has emerged for student-loan creditors to assign student loans to Educational Credit Management Corporation, who often steps in to oppose bankruptcy relief after the debtor files for relief. Why? I think it is become ECMC, with its network of lawyers and ample resources for paying attorneys, has become the Department of Education's hired thug to beat down destitute student-loan debtors, who often come to court without attorneys.

So keep reporting on the student-loan crisis, Mr. Moran. You are doing good work. And don't feel bad about the error in the Mises article. The myth that student loans are nondischargeable in bankruptcy has been circulated many times by experts, even by attorneys who should know better. 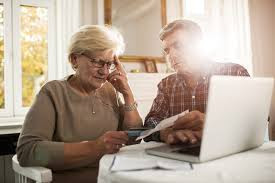