Why doesn't Congress do something useful to relieve the student-loan crisis? A couple of modest suggestions

Some famous guy once said that people are prone to see the speck in another person's eye while ignoring the log in their own eye. That observation reminds of our national political scene--nothing but vitriol and no good being done.

But there are several things Congress can do--uncontroversial things in my opinion, which would help relieve the massive student-loan crisis.  For example, Steve Rhode recently wrote an essay on a new California law that requires colleges to give students their transcripts--including students who have unpaid debts to their college.

As Mr. Rhode quoted, the new law (AB-1313) states: "Schools and colleges have threatened to withhold transcripts from students as a debt collection tactic. The practice can cause severe hardship by preventing students from pursuing educational and career opportunities, and it is therefore unfair and contrary to public policy." Does anyone in Congress disagree with that statement?

The law's dictate is quite simple:


Whenever a student transfers from one community college or public or private institution of postsecondary education to another within the state, appropriate records or a copy thereof shall be transferred by the former community college, or college or university upon a request from the student.

Withholding transcripts and diplomas because a former student is indebted to the college is a common practice among the for-profit institutions, which prompts an obvious question. Why are colleges lending money to students in the first place?

There are two answers to that questions. Some for-profit colleges are not content simply to suck up Pell Grant money and federal student-loan money. They want more cash, and many have no qualms about forcing their students to take out loans--often at high interest rates--in order to continue with their studies.

Second, many for-profits have trouble meeting the Fed's 90/10 rule, which requires a for-profit college to receive no more than 90 percent of its operating revenues from federal student-aid money.  One strategy for getting the 10 percent of auxiliary funding that they need is to loan their students money.

California passed a sensible law, and Congress should adopt it so that the law's restrictions apply nationwide. I repeat--does any person in Congress disagree with what the California legislature did?

But why should elderly Americans have any of their Social Security checks garnished due to unpaid student loans? As the General Accountability Office reported some time ago, these garnishments almost always go toward paying accumulated interest and penalties; and the sums collected do nothing to actually pay down the underlying debt. So what's the damn point?

Senators Elizabeth Warren and Clair McCaskill introduced a bill a few years ago to stop the practice of garnishing Social Security checks to collect on defaulted student loans, but the bill went nowhere. Why can't Congress get off its fat ass and pass that bill? 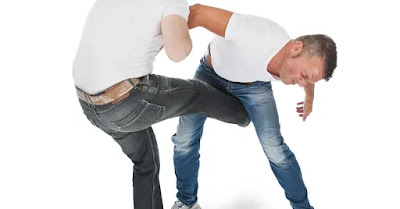