Under the terms of the PSLF program, individuals employed in qualified public service jobs who made 120 loan payments in an approved income-based repayment plan would have the balance of their debt forgiven. Furthermore, the forgiven debt would not be considered taxable income.

To administer this program, the U.S. Department of Education appointed Fedloan Servicing to determine if PSLF applicants worked for qualified public service employers. Fedloan Servicing then became the loan servicer for those individuals.

Apparently, however, policymakers underestimated the cost of PSLF.  First of all, student borrowers who enrolled in the program had higher debt levels than other borrowers, which Congress probably did not anticipate.

As Jason Delisle pointed out in a Brookings paper, PSLF actually allows many people to get graduate degrees for free.  College graduates who already have student debt can borrow more money for graduate school without increasing their monthly loan payments.

Additionally, Congress unintentionally increased the cost of PSLF when it rolled out the GRAD Plus program, allowing individuals to borrow the full cost of attending graduate school, no matter how high that cost might be. Law school graduates, for example, borrow an average of $100,000 to get their JD degrees.

Thus, PSLF and GRAD Plus acted together to create a perverse incentive for people to go to graduate school and borrow the maximum amount possible.

At some point, during the last years of the Obama administration, the  Department of Education realized that the cost of the PSLF program would be enormous. As Delisle described the program, PSLF had become a "bonanza" for graduate students and needed to be scaled back.

The Department of Education, realizing belatedly that PSLF was a giant money pit, adopted regulations to limit the number of people who are eligible for PSLF relief.

Thus, in the first year of processing PSLF relief applications, DOE approved only about 1 percent of the claims even though the vast majority of claimants had been certified by Fedloan Servicing as working in approved public service jobs.

The American Bar Association sued DOE on behalf of itself and four of its employees, claiming that DOE had applied its PSLF rules arbitrarily and capriciously in violation of the Administrative Procedure Act.

In a 2019 decision, Judge Timothy Kelly ruled in favor of three of the four ABA employees, finding that DOE had, in fact, acted arbitrarily and capriciously.

Congrees, dimly aware that something had gone wrong with the PSLF program, approved $350 million specifically to benefit PSLF applicants. But this legislation did not straighten out the mess that the PSLF program had become.

Did these two lawsuits straighten out the PSLF program? No, they did not.  In June 2020, about the time of Judge Friedrich's decision in the AFT case, the state of California sued DOE, also claiming that DeVos's bureaucracy had screwed up the PSLF program. That litigation is ongoing.

To summarize, PSLF is a fiasco. Congress's $350 million cash infusion did not fix it, DOE's regulations did not fix it, and litigation in the federal courts didn't straighten it out.

Betsy DeVos's DOE wanted to scrap the program, and Delisle recommended that the program be shut down and "letting a standalone IBR program do what PSLF [was] meant to accomplish."

Politically, however, the PSLF program may be impossible to repair.  Almost four years after the first program participants were scheduled to get debt relief, few have received it. Thus, a program intended to assist Americans working in public service jobs has turned into a bureaucratic nightmare. 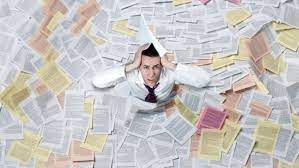 Posted by Richard Fossey at 9:05 AM