Every Person in Debt Deserves to Be Treated With Dignity, essay by Steve Rhode 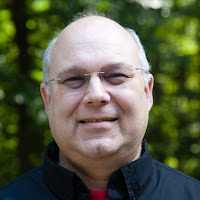 We assume that it is wrong not to treat others with kindness in all corners of life. For example, in the U.S., we no longer have separate entrances based on your skin color. Buildings make allowances for physical limitations, and a recent news story said that more people had developed a tolerance for others’ religion.

But we could make some advances in learning to treat people in debt with dignity. I’d have to say that currently, society treats debtors as losers and if debtors were on a ledge getting ready to leap, a crowd below would be yelling “Jump!”

The majority of people without financial problems love a little debtor voyeurism and witness others’ financial misery. It’s like watching the train wreck through cracks in your fingers as you hold your hand over your eyes. You don’t want to watch, but you do.

Imagine if suicide was like debt, and when you were contemplating killing yourself, your creditors kept calling you and say things like “you are a loser” or “just do it and good riddance”? That’s some pretty cruel mojo. Maybe we should call the overweight kid that is depressed and yell, “fatty, fatty” into the phone. Now that is some intense and insensitive cruelty.

Why is it when people are in financial trouble that we can’t wrap our arms around them and treat them with care, compassion, and respect? We should. We all should.

If you’ve never been deep in debt and afraid, unable to sleep, on the verge of an anxiety attack, and depressed, it might be hard for you to imagine what life is like during those dark days of debt. While some might put on a mask, most people are ashamed, unhappy, and afraid inside.

Being in debt is modern-day leprosy.

When you can’t spend money as you used to, and people don’t seem to be around as much, your life changes in a way that you perceive to be for the worse and when you’ve got to move because you can’t afford the rent, it’s like being hustled off to the leper colony. You’re now isolated for all the wrong reasons.

I can’t think of any time that I’ve ever seen someone post a sign in their front yard that says, “Hi Y’all, we’re so broke we can’t afford to live here anymore, and we are getting kicked out.” Actually, what I’ve seen more of are foreclosed homes with everything left behind, including wedding pictures and the belongings of evicted people left by the side of the road for passerby’s to pick through. Ashamed people flee.

Debtors deserve dignity. I’m not saying that we need to give anyone a free ride in life. I’m just saying that people in debt are wounded and deserve to be treated as you would anyone in a difficult time or a fragile moment.

Being in debt is a mathematical position with emotional manifestations. Being unable to pay your bills is not a casual reality for most debtors. People in debt want to pay their bills, they do, but they can’t see a way, or they are not emotionally ready to make those hard lifestyle changes to meet their new obligations.

Being unready or unprepared to make changes to get the numbers to line up does not make you a bad person. It just makes you someone that, for some reason, is unwilling to make some difficult choices right then.

The emotional pain of being in debt robs us of our own dignity. The rest of society does almost nothing to help cradle the debtor with love and compassion to soften the blow and ease the journey.

Debtors are losers. Debtors are rejects. Debtors are liars. Debtors are a failure. And all of those statements are uttered every day by people, and none of them are true. Instead, they are like the insensitive bully’s schoolyard shouts that leave scars for life on fragile minds.

Debtors do have a duty to find a solution to make the pain and misery through change. But that can be like asking someone with a bad back to run a marathon.

Being in debt is a thing, but being a debtor is personal, and debtors deserve to be treated with dignity and compassion while helping towards a solution.

Doing something nice today, give a debtor a hug.

Steve Rhode is the Get Out of Debt Guy and has been helping good people with bad debt problems since 1994. You can learn more about Steve, here.  You can read this essay on Mr. Rhode's web site at https://getoutofdebt.org/21762/debt-with-dignity.
Posted by Richard Fossey at 4:51 PM

Email ThisBlogThis!Share to TwitterShare to FacebookShare to Pinterest
Labels: Every Person in Debt Deserves to Be Treated With Dignity, Get Out Of Debt Guy, Steve Rhode, stress and anxiety of debt