Elon Musk says MBA degrees are overrated: Does it make sense to go to graduate school?

Elon Musk says MBA degrees are overrated, and he should know.  Musk doesn't have an MBA, and he's worth $166 billion.

Here is what Musk said in a recent interview:

Not surprisingly, many MBA teachers disagree with Musk. Robert Siegel, who teaches at the Stanford Graduate School of Business, said Musk is "completely off base talking about M.B.A.s." Siegel challenges Musk's charge that MBA  courses don't teach people how to be entrepreneurs.

But a Canadian professor of management studies admitted that "[t]he MBA trains the wrong people in the wrong ways with the wrong consequences." And Jessica Stillman, writing for Inc., suggests that people could save a lot of money simply by reading ten well-known books about business.

Musk's skepticism about MBA degrees falls within a larger debate about the value of graduate degrees in general. Speaking as a person who is embarrassed to have two graduate degrees from Harvard, here is my take on this topic.

First, don't go to graduate school unless you believe a graduate degree will improve your job prospects.  Public-school educators in some school systems get an automatic raise if they have a master's degree in education, so it may make economic sense for a teacher to pursue an advanced degree in education regardless of whether there is any substance to the program.

Second, don't pay too much money to get a graduate degree--especially a degree from a non-elite institution. Many colleges introduced expensive MBA programs after Congress introduced the Grad PLUS program that lifted the cap on how much people could borrow for graduate school.

Northeastern University, for example, offers an online MBA program costing $78,000, which Northeastern claims is "an affordable option" compared to other programs, which charge as much as $200,000.

Maybe that is so, but ask your friends who have MBAs if they think the experience was worth the cost.  You may be surprised by some of the responses you will get.

I've known people who pursued a graduate degree in law because they didn't excel in law school and didn't get a good law job after graduating.  An extra law degree, they think, will enhance their job prospects.

But employers can sniff out the motivation for that strategy. If the job applicant had a brilliant career in law school, that person would probably be pulling down a six-figure salary in a prestigious law firm instead of hanging around a law school for an additional year.

Finally, weigh the opportunity costs of going to graduate school. Are you gaining experience in your present job that will likely pay off later in salary increases and promotions?  If so, why leave the job market and take out student loans to go to graduate school?

This is the bottom line. Don't take out student loans to go to graduate school unless there is absolutely no other way to achieve your professional goals. Millions of Americans have had successful careers without graduate degrees, and millions more have graduate degrees and don't know nuthin'. 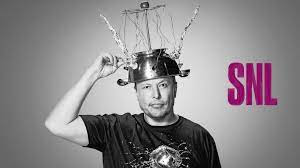 Posted by Richard Fossey at 3:30 PM