During the summer of 2020, they attended some parties without wearing COVID masks. Oh, the horror! The horror!

All three miscreants enrolled at NYU for the 2020 fall semester, but they were soon charged with engaging in behavior that "endanger[ed] or compromise[d] the health, safety or well-being" of the university community.

Somehow NYU obtained evidence from social media about the trio's summer activities. A New York court summarized NYU's case against them, and I warn you, it is shocking!

After appearing at virtual hearings, all three students were suspended from NYU  for the 2020 fall semester.  They sued, and a New York trial court ordered NYU to re-enroll them.

In the trial court's opinion, NYU's actions were "arbitrary, capricious, and an abuse of discretion." The trial court ruled that a university cannot impose the harsh penalty of suspension unless it gives them "clear, unambiguous and full pre-conduct notice" that their summer behavior could result in discipline.

NYU appealed, and an appellate court reversed the trial court and upheld the three students' suspension.  The appellate court ruled that the notices NYU gave the students were clear enough to put them on notice that they might be canned if they attended parties in the summer without wearing masks.

I have two problems with the appellate court's opinion:

First, I don't believe students should be suspended from their studies for attending a summer party without wearing a mask.  In my opinion, students should be free from university surveillance when they are on their summer holidays.

Second, I think NYU's penalties were too harsh.

After all, NYU required all students to submit a negative COVID test as a condition of enrollment for the 2020 fall semester. Thus, NYU surely knew that none of the three students had contracted COVID over the summer. So why kick them out of school?

NYU is one of the most expensive universities in the world. It costs about $80,000 a year to study there. One might think its highly-paid administrators would have a decent respect for their students' privacy--at least during their summer vacations.

The Storino case reminds me of George Orwell's 1984. In that novel, Big Brother was spying on people 24 hours a day.  Have we come to such a pass in the United States?

I acknowledge that the COVID pandemic is a serious matter. Everyone--including college students--should take precautions to prevent the spread of the coronavirus.

But universities have a responsibility to treat their students with compassion and to enforce their student-conduct rules with moderation and restraint. In my view, NYU acted arrogantly and heartlessly when it suspended Marc Santonocito, Ashley Storino, and Elnaz Pourasgari. 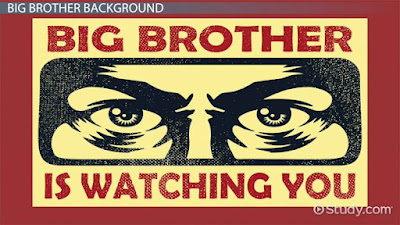 Posted by Richard Fossey at 2:16 PM