Parent-Plus Loans Are a National Scandal

President Biden is flirting with a massive student-loan forgiveness plan--$10,000 in debt relief for 97 percent of all college borrowers.

The Washington Post, perhaps America's most progressive newspaper, urges him not to pull the trigger.

"Biden could ease the burden on the genuinely disadvantaged in a number of more targeted ways," the WP editorial board advised, "and avoid setting a precedent for broad forgiveness of loans that future presidents will be pressured to match."

I think Biden will honor his campaign promise and forgive $10,000 in student debt for millions of borrowers. Is that a good idea?

I don't think so. As the WP pointed out, this plan would cost almost a quarter of a trillion dollars, and 71 percent of the benefits would go to the top half of the income scale.

Instead, why doesn't the Biden administration focus on debt relief for the most overburdened student debtors and their parents?

According to the Century Foundation, which recently published a report on the Parent Plus program, 3.7 million parents collectively owe $104 billion--money that parents borrowed to help pay their children's college expenses.

This is what the Century Foundation found:

If progressive political leaders want to do something significant to address the hardships created by the federal student loan program, they should do these three things:
1) Stop withholding Social Security benefits to elderly and disabled student borrowers and Parent Plus borrowers, something Senator Elizabeth Warren proposed several years ago.
2) Eliminate the "undue hardship" rule in the Bankruptcy Code and allow distressed student and parent borrowers to discharge their student-loan debt in bankruptcy like any other nonsecured debt.
2) Abolish the Parent Plus Program altogether.
It is unclear whether Biden's $10,000 debt-relief proposal will benefit Parent Plus borrowers. I hope so.
Nevertheless, even if parents are included in Biden's proposal, $10,000 in debt forgiveness won' be enough to alleviate their suffering. What distressed Parent Plus borrowers really need is bankruptcy relief.
Unfortunately, bankruptcy relief is not in the political cards. 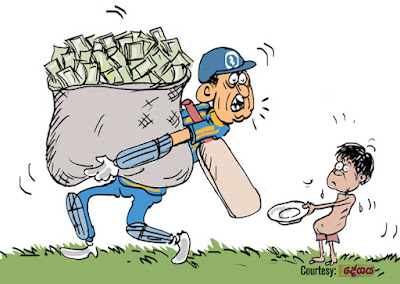