A House Divided: Unless We Become Kinder and More Tolerant, America Will Collapse

Years ago, I read The Coming Fury, Bruce Catton's classic study of the United States on the brink of civil war. In the months preceding the shelling of Fort Sumter, Catton explained, extremists in both the North and The South wanted a war.

And war they got. When it was over, 600,00 men were dead, and thousands of veterans spent the rest of their lives without their arms or legs.

America was a house divided in 1860, and America is a house divided today. Last night's Republican primary in Wyoming illustrates my point. Liz Cheney, the Republican congresswoman who voted to impeach Donald Trump, was swept out of office by a landslide.

Curiously, Cheney carried two regions of the state: Teton County, where wealthy Democrats reside around Jackson Hole, and the region around the state capitol of Cheyenne--where most  of Wyoming's liberal-leaning government bureaucrats dwell.

As predicted, Democrats "crossed over" in Wyoming's Republican primary--not to support Liz Cheny but to register their contempt for Republicans and Donald Trump, the Republican's tarnished standard bearer.

We similar signs of division everywhere. Dana Milbank, the Washington Post's chief loon, wrote a column a few weeks ago expressing the desire for Texas and Oklahoma to leave the Union.

In Texas, Governor Greg Abbott is busing illegal migrants to New York City and Washington DC. Both towns are self-proclaimed sanctuary cities, but the mayor of DC wants to call out the National Guard to help control the people the District of Columbia claims to welcome.

In California, the state's government forbids travel by California employees to more than 20 states. Why? The reasons are varied, but they include disapproval of states that don't want youngsters with testicles to compete in girls' athletic contests.

Do you want another example? A poll of likely Texas voters found that a strong majority  want to leave the United States! That will make the Washington Post  and the liberal elites happy, but do they really want the nation's leading exporter, energy producer, and cattle raiser to head out on its own? I would think not.

Today the United States is very much like it was just before the guns began to play in 1861.  We need to step back and reflect a bit. Does it make sense for our political leaders to sow disharmony and denigrate the people who live in states where traditional values still prevail?

I do not think it does. 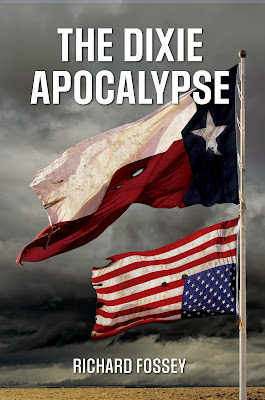 Posted by Richard Fossey at 7:47 AM