Fair or Not, the Biden Administration Owns the Student Loan Catastrophe

I grew up in a small Oklahoma town before the era of the big box stores. If my family wanted to buy a small appliance, a birthday present, or a wedding gift, we went to the town's family-owned gift shop.

This little shop sold items that would make good gifts for a wedding shower--glassware, casserole bowls, and kitchen stuff. It also sold toys and sports equipment.

Wandering through the gift shop as I child, I remember seeing mysterious little signs posted in the glassware section that said this:

Lovely to look at,

If you break it,

We mark it sold.

What did that mean? I asked myself.

One day my six-year-old brother and I were in the little store shopping for Christmas presents.  Without warning, my brother grabbed a football in the sporting goods section and kicked it into the glassware aisle.

That's when I knew what the sign meant because my mother had to pay for the damage.

President Biden is in a situation somewhat like my mother's. Someone kicked a metaphorical football into the federal student-loan program, and he has to pay for the damage.

I feel sorry for the President. He did not break the student-loan program. Other parties bear most of the blame.

First, Congress revised the Bankruptcy Code several times to make it almost impossible for student borrowers to discharge their loans in bankruptcy.

Next, President Obama's Department of Education introduced PAYE and REPAYE, extremely generous income-based repayment plans that allowed borrowers to stretch out their payments for as long as a quarter of a century. Borrowers in those plans were allowed to make loan payments so small that they would never pay off their loans.

Then Betsy DeVos, President Trump's Education Secretary, administered the loan program so heartlessly that borrowers who were defrauded by their schools could not get their loans forgiven. In addition, DeVos made it almost impossible for people to avail themselves of the Public Service Loan Forgiveness program.

Thus, when Biden stepped into the presidency, he was confronted with a student-loan scheme that had run amuck. More than 40 million Americans are student-loan debtors, along with several million parents who took out Parent PLUS loans.  Total indebtedness is now around $1,7 trillion, and most of it won't be paid back.

President Biden attempted to provide student borrowers with a bit of relief by forgiving $10,000 in student debt for every borrower making less than $125,000 (and $20,000 in forgiveness to people who got Pell grants while in school).

That's not working out so well. The federal courts have blocked the President from implementing his loan forgiveness scheme.  He has responded by extending the pause on student-loan payments until August 2023 (unless the Supreme Court rules on the plan's legality before the end of June).

Experts estimate that this loan-payment moratorium could cost taxpayers more than $200 billion.

So--like my mother, who paid for a lot of broken glass in an Oklahoma gift shop, President Biden now owns this shit show.

So far, Biden's DOE has tinkered a bit with the program. For example, the Department granted generous relief to students who claimed they were defrauded by their college, and it is trying to clean up the Public Service Loan Forgiveness program.

But, there is only one reasonable thing to do to address the student-debt crisis. Biden needs to put the heat on Congress to amend the Bankruptcy Code to allow millions of distressed debtors to discharge their debt in a bankruptcy court.

Tragically, I don't think the President will do that. Instead, he has chosen to preside over the student-debt crisis, which he now owns. 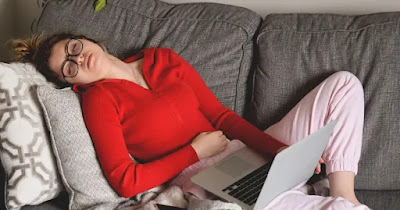