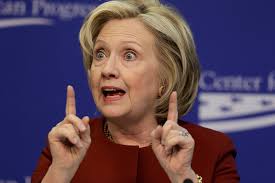 Something similar might be said about the student-loan crisis: "It's the interest, stupid." In fact, for many Americans, it is the interest and penalties on their student loans--not the amount they borrowed--which is causing them so much financial distress.

This truth is starkly illustrated in the case of Murray v. Educational Credit Management Corporation, which was decided last December by a Kansas bankruptcy judge.  At the time they filed for bankruptcy, Alan and Catherine Murray owed $311,000 in student-loan debt, even though they had only borrowed about $77,000. Thus 75 percent of their total debt represented interest on their loans, which had accrued over almost 20 years at an annual rate of 9 percent.

As Judge Dale Somers explained in his ruling on the case, the Murrays had taken out 31 student loans back in the 1990s to obtain bachelor's degrees and master's degrees. In 1996, when they consolidated their loans, they only owed a total of $77,524.

Over the years, the Murrays made loan payments when they could, which totaled $54,000--more than half the amount they borrowed. Nevertheless, they entered into several forbearance agreements that allowed them to skip payments; and they also signed up for income-driven repayment plans that reduced the amount of their monthly payments. Meanwhile, interest on their debt continued to accrue. By the the time the Murrays filed for bankruptcy in 2014, their $77,000 debt had grown to almost a third of a million dollars.

The Murrays' combined income was substantial--about $95,000. Educational Credit Management Corporation (ECMC), the creditor in the case, argued that the Murrays had enough discretionary income to make significant loan payments in an income-driven repayment plan.  In fact, under such a plan, their monthly loan payments would be less than $1,000 a month,

But Judge Somers disagreed. Interest on the Murrays' debt was accruing at the rate of $65 a day, Judge Somers pointed out--about $2,000 a month. Clearly, the couple would never pay off their loan under ECMC's proposed repayment plan. Instead,  their debt would grow larger with each passing month.

On the other hand, in Judge Somers' view, the Murrays had sufficient income to pay off the principle of their loan and still maintain a minimal standard of living. Thus, he crafted a remarkably sensible ruling whereby the interest on the Murrays' debt was discharged but not the principle. The Murrays are still obligated to pay the $77,000 they borrowed back in the 1990s plus future interest on this amount, which would begin accruing at the rate of 9 percent commencing on the date of the court's judgment.

In my view, Judge Somers' decision in the Murray case is a sensible way to address the student debt crisis.  Eight million people have defaulted on their loans, and 5.6 million more are making token payments under income-driven repayment plans that are often not large enough to cover accruing interest. Millions of Americans have obtained loan deferments that allow them to skip their loan payments; but these people--like the Murrays--are seeing their loan balances grow each month as interest accrues.

Judge Somers' decision doesn't solve the student-loan crisis in its entirety, but it is a good solution for millions of people whose loan balances have doubled, tripled and even quadrupled due to accrued interest, penalties, and fees.

Obviously, Judge Somers' solution should only be offered to people who dealt with their loans in good faith.  Judge Somers specifically ruled that the Murrays  had acted in good faith regarding their loans. In fact, they paid back about 70 percent of the amount they borrowed.

Unfortunately, but not surprisingly, ECMC appealed the Murray decision, hoping to overturn it. Nevertheless, let us take heart from the fact that a Kansas bankruptcy judge reviewed a married couple's financial disaster and crafted a fair and humane solution.