Bah humbug: Why are the secularists so mean spirited?

Ross Douthat  recently wrote a perceptive essay in the New York Times about the spiritual condition of American society.   Today, Douthat wrote, Americans can be categorized into three groups.  The 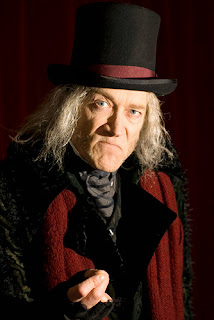 first group is made up of people who have a biblical view of the world. They believe God literally entered history in the form of a man named Jesus and redeemed humanity.

Catholics and evangelical Protestants belong to this group, but Catholics believe something more. We believe that Mary is the mother of God and fulfills a unique roll in God's salvation plan for humanity. We also believe that Christ is present in real form in the wine and bread of the Eucharist.

A second group, Douthat explained, has a spiritual view of the world. For this group, "the divine  is active in human affairs [and] every person is precious in God's sight." But broadly speaking, people with a spiritual point of view "[don't] sweat the details." For them, religion is "Christian-ish, but syncretistic; adaptable, easygoing and egalitarian."

Many Americans with a spiritual worldview don't care whether Jesus was born of a virgin or whether an angel conversed with Joseph.  But they ascribe to the Christian virtues; they are kind-hearted, congenial, and generous.  And just as importantly, they are tolerant of other world views, lifestyles and cultures

Finally,  Douthat identifies a third group of Americans--the secularists. This group "proposes a purely physical and purposeless universe, inhabited by evolutionary accidents whose sense of self is probably illusory." As Douthat points out, the purely secularist world view is rare among most Americans, but predominates among the intelligentsia--including the nation's political and media elites.

Douthat ascribes moral purpose to this last group--a commitment to "liberty, fraternity and human rights." Indeed, as Douthat points out, although secularists renounce a spiritual meaning to human existence, they "insist on moral and political absolutes with all the vigor of a 17th century New England preacher."

Douthat is right to compare contemporary secularists to 17th century Puritans. In fact, the priggish self-righteousness of postmodern secularists is evocative of Cotton Mather.  We see this puritanical intolerance exhibited daily in the New York Times and especially in the writings of Bill Keller and Frank Bruni.

And here is where I disagree with Ross Douthat's description of secularism. Unlike Douthat, I do not believe there is any moral center to secularism, any real commitment to human rights. On the contrary, once you scratch the surface of secularism, you find only shrillness, intolerance and mean-spiritedness.

The atheist-sponsored Times Square billboard, proclaiming that  no one needs Christ in Christmas, says it all.  The secularists are the Ebenezer Scrooges of the 21st century: Christianity? Bah, humbug.

We also see the true nature of secularism in the presidency of Barack Obama, the nation's supreme postmodern secularist. Contrary to the President's rhetoric about hope and change, we see nothing in his leadership but deception, manipulation and hollowness--dished out with an air of self-righteous superiority.

Douthat concludes his essay by asking where the nation is headed. Will biblical religion gain some of its lost ground, he asks, or will  the spiritual worldview ultimately prevail? He also asks whether "the intelligentsia's  fusion  of scientific materialism and liberal egalitarianism  will eventually crack up and give way to something new."

Personally, I don't think the secularists' world  view will long prevail in the United States. How can secularists insist they have a moral purpose if they believe that human life has no ultimate meaning? If there is no God, why not turn toward materialism, why not join the empty quest for power and recognition--which in fact is what the secularists have largely done.

I agree with Alexis de Tocqueville's  prediction about the future of American religion, which he made in 1835.  O]ur posterity," he observed, "will tend more and more to a division into only two parts, some relinquishing Christianity entirely and others returning to the Church of Rome." In other words, the day will come when Americans will either be Catholics or nothing at all.

It is a lonely view, I grant you, but I believe that the foundations of Western civilization were laid on the bedrock of the Catholic faith. Eventually, as  de Tocqueville has said, Americans will drift into one of two camps--Catholicism or secularism. Although the secularists appear now to be in the saddle, God moves through history in mysterious ways.  In God's own time, He will send us new saints who will witness to God's presence in the world and inspire us to return to the ancient doctrines of our Mother Church.

Even now we have the lives of past saints to inspire and guide us: Saint Catherine of Sienna, Saint Edith Stein, Saint Katharine Drexel, Saint Teresa of Avila, and Servant of God Dorothy Day.  And though the secularists may say "Bah, humbug," let us cling to our childlike belief in the Christmas story.

Posted by Richard Fossey at 3:59 PM No comments: