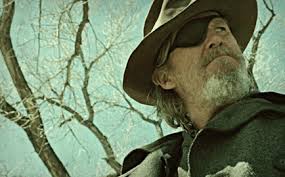 Earlier this week, the Colorado Attorney's Office announced that Argosy University Denver will pay $3.3 million in fines and restitution for engaging in misleading marketing practices. Argosy is a for-profit university owned by Education Management Corporation.

"Our investigation revealed a pattern of Argosy recklessly launching doctoral degree programs without substantiating or supporting that they led to the advertised outcomes,"a Colorado deputy attorney general said in a written statement. "That is illegal under Colorado law and why we are holding Argosy accountable."

According to a story in the Denver Post, the Colorado Attorney General's Office claimed that Argosy led students to believe that the university was seeking accreditation for a doctorate of education in counseling psychology, was was not true. Quoting from the Denver Post:


Although students were told they would be eligible to become licensed psychologists, the program's curriculum and requirements were deficient and left them unlikely to be licensed in Colorado. One program failure was a lack of adequate internships in the state, the attorney general's office said in a statement.

Congratulations to the Colorado Attorney General's Office for taking aggressive action against Argosy. But what happens to Argosy students who took out student loans to pay for programs that failed to meet students' expectations?

The Colorado Attorney General's Office announced that $2.7 million of the fine would be returned to students to help them pay off their student loans.  Bravo!

But let's ask ourselves this question. Why is it left to state attorney general's offices to monitor the for-profit colleges, most of which depend on federal student aid money to operate?  Why isn't the Obama administration moving aggressively to stamp out abuses in this industry?

Students themselves usually can't sue their for-profit college for misrepresentation because the colleges force students to sign litigation waivers as a condition of enrollment. Thus, we are left with a catch-as-one-can patchwork of regulation of an industry that has a history of deceptive recruiting practices.

President Obama has said repeatedly that he is concerned about the plight of college students who are suffering from high levels of student-loan indebtedness.  He should unleash Eric Holder and his ivy league attorneys to tackle the abuses in the for-profit college industry, which has the highest level of student-loan defaults and has been caught repeatedly in deceptive marketing practices.

But perhaps Eric Holder's office  has other priorities--like suing the state of Louisiana to stop disadvantaged kids from getting into better schools.

Posted by Richard Fossey at 7:37 AM No comments: