Higher education has fully entered into a new structural reality. You'd be naïve to believe that most colleges will be able to ride out this unexpected wave [ declining enrollment] as we have the previous swells.

First, as Conley explains, the demographics are bad. Americans are having fewer children. In fact, the birth rate has fallen below replacement levels in the U.S., just as it has in Europe. There are fewer high school graduates who want to go to college.

Secondly, the demand for a liberal arts education has plummeted. As Conley reports, degrees in the humanities dropped from 17 percent of all degrees in 1967 to just 5 percent in 2015.

Moreover, the current crop of college students is more focused than past generations on getting a college degree that will lead to a good job. More and more students are choosing to major in business, biology, or economics, while philosophy majors are becoming an endangered species.

The liberal arts colleges have responded to this threat by slashing tuition prices for incoming first-year students. On average,  the colleges are only collecting half their posted tuition rates. Colleges hoped to attract more students by lowering tuition, but that strategy hasn't worked for many of them.

Of course, the liberal arts colleges aren't the only sector of higher education facing enrollment declines. As Conley pointed out, the Pennsylvania System of Higher Education has seen its public institutions lose 20 percent of their enrollments in less than 10 years.

Increasingly, families are looking to more affordable public universities for their children's college education and eschewing the small, private liberal arts schools. The obscure, non-elite liberal arts colleges are suffering the most, and several have closed in recent years.

"I don't see these trends changing," Conley wrote, "especially when coupled with stagnating income and the resulting pressure on a family's return-on-investment calculus." In short, he summarized, "Disruption is here to stay."

I agree with Mr. Conley's forthright assessment of liberal arts education; and personally, I think it is doomed. Liberal arts colleges were founded to educate students in the humanities, literature, history, and philosophy; but few students appreciate those fields of study. Furthermore, the liberal arts have been balkanized, as faculty obsess on race, class, gender, and sexual orientation so that there is no longer even a broad consensus about what constitutes a liberal arts education.

In my view, I think the small, liberal arts colleges should prepare for a dignified death because they are going to die anyway. They need to develop contingency plans for placing their students in other institutions when they close and they need to make the best provision they can for laid-off faculty members--many of whom will be unable to find new jobs. After all, what university wants to hire a middle-aged philosophy professor?

This is a sad turn of events, and I do not think the liberal arts colleges brought this calamity on themselves. Rather they are like the blacksmiths of the early twentieth century, who were put out of work by Henry Ford's cars.

I don't have a solution to this existential crisis among the small, private schools. But I have some advice for students who are choosing a college. Don't enroll at an expensive, obscure, private college. Get your degree from a reputable public institution.

And if you are a newly minted Ph.D. looking for your first academic job, don't go to work at a small liberal-arts college. Even if you get tenure at some out-of-the-way little school in New England or the Midwest, that won't keep you from being laid off. And once you lose that tenured job at a college that was closed, you will find it damned hard to get another one. 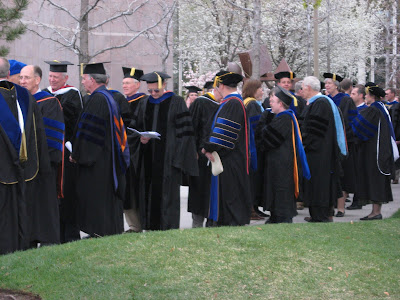