By Steve Rhode (originally posted on December 5, 2018)
I just received a comment from an awesome reader that said, “Just got reports (from several campuses) that ECA has decided to close down all schools (teach out and go forward) effective immediately. Apparently, ACICS pulled their accreditation. Current employees are being let go immediately with no severance or insurance after Friday, 12/7. Don’t know all details yet as its only been a few hours and the media and news outlets have not picked up the story. I wanted to let you know since you have reported the most accurate coverage on ECA’s unraveling. It’s very sad to see ECA end like this. Many people that worked for the colleges truly cared about the students and making a difference in their life. There will be many students that will not be able to finish their education and many remaining employees that will be without a job right before Christmas. This is all so very sad.”
It does appear that ECA and Virginia College are turning out the lights. WRDW 12 in Georgia said yesterday, “A news photographer on the scene spoke with at least two people who say employees were called into a meeting this morning and told the College was being closed. Workers were reportedly told to go home and that they will not be receiving further paychecks. People we spoke to also say they were told this is occurring at locations in other states.” – Source
WTVC in Tennessee has reported similar closures in Chattanooga. – Source
Virginia College in Birmingham Alabama is reported to have closed as well. Officials at this campus are reported to have said they don’t know why this is happening. – Source
Another ECA school, Brightwood College in Texas have announced its closure as well. – Source
Inside Higher Ed is reporting, “In an email to campus employees Wednesday morning, ECA president Stu Reed said that the Department of Education had added new restrictions on its access to Title IV student aid. And on Tuesday night, the Accrediting Council for Independent Colleges and Schools suspended the colleges’ accreditation. Those steps meant the company couldn’t secure the additional capital needed to operate its campuses, he said.
The company also told employees that it would complete current course modules, which will finish in the next two weeks. A skeleton crew of employees will remain on campuses to assist students with obtaining documentation on their programs.”
The schools said they will work with students to access transcripts.
Students who owe federal student loans should immediately talk to their loan servicer regarding the process for a full discharge of their federal student loans if there is no available teach-out program offered by ECA.
By receiving a closed school loan discharge,
To be eligible for a full discharge of your student loans, your loans must have been “William D. Ford Federal Direct Loan (Direct Loan) Program loans, Federal Family Education Loan (FFEL) Program loans, or Federal Perkins Loans.”
Loans most easily eligible for forgiveness are ones if:
For more information on obtaining a closed school discharge, click here.

This article first appeared on Get Out of Debt Guy blog site.

Steve Rhode is the Get Out of Debt Guy and has been helping good people with bad debt problems since 1994. You can learn more about Steve, here.
Posted by Richard Fossey at 6:29 PM No comments: 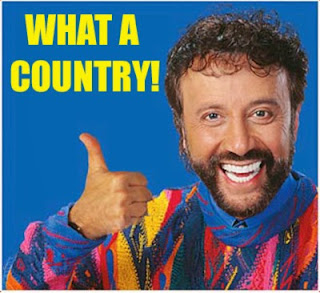 Education Corporation of America (ECA), a for-profit college chain, filed a lawsuit a few days ago in an Alabama federal court. The lawsuit seeks to put ECA into receivership, and it asks the court to halt all litigation against it. ECA also wants Betsy DeVos and the Department of Education to keep showering it with student-loan money while it straights out its financial affairs.

ECA is closing more than two dozen of its campuses; and it needs to keep getting federal student-loan money, it argues, so it can do a "teach out" at campuses it intends to close. If it allows current students to finish their academic programs (through a teach-out), those students won't be eligible to have their student loans forgiven under the "closed school" rule. That will save the Department of Education a lot of money, ECA says.

This line of bull reminds me of the story about a man who murdered his parents and then begged the court for leniency on the grounds he was an orphan.

ECA operates  under numerous brand names, including Virginia College, New England College of Business, Brightwood College, and Golf Academy of America; and it is in big financial trouble. It submitted a list of legal claims against it to the Alabama court, which is 15 pages long. Landlords are suing for back rent and other litigants have sued for breach of contract, fraud, failure to pay wages,  race discrimination, age discrimination, false advertising and some other stuff.

I hope Judge Abdul Kallon sees through ECA's dodgy litigation ploy and refuses its plea for a receiver and an injunction against its creditors. (Judge Kallon granted ECA a temporary restraining order on October 19, but he will have to extend it to keep ECA's creditors at bay.)

ECA needs to close, and it needs to close NOW. Every day it continues operating is another day uninformed students will be taking out student loans to pay for an ECA education that probably won't get them a good job. In fact, ECA's own accrediting agency scored ECA's campus-level job placement rate at only 16 percent.

Steve Rhode. Education Corporation of America Whines Over Failure. Get Out of Debt Guy (blog), October 22, 2018.