A handful of law-school graduates have been successful in bankruptcy court: the Barrett case out of California, the Hedlund case out of the state of Washington, and, more recently, the Rosenberg decision out of New York are examples of good outcomes for law graduates. But most are unsuccessful.

Davis v. U.S. Department of Education is the latest in a string of decisions in which a J.D. graduate with crushing debt is denied relief by a federal bankruptcy judge. Jeffrey Michael Davis graduated from John Marshall Law School in 2008, Apparently, Davis "performed poorly in law school" (p. 706), but he obtained an LL.M. degree (an advanced law degree) from John Marshall in 2013. At the time his adversary case was decided, he was 41 years old.

After graduating from law school, Davis sought full-time employment but he was not able to find a steady job as a lawyer. After graduation, he worked as a document review attorney on a contract-to-contract basis.  In other words, in the 11 years since graduating from John Marshall Law School, he never secured a full-time job in the legal field.  His salary in 2018 was approximately $61,000, above the poverty level. Nevertheless, Davis was the father of a young child with disabilities, and his childcare expenses were significant.

Davis financed his law studies with student loans from both the federal government and a private lender. By the time he arrived in bankruptcy court, his total indebtedness was $351,000. According to Illinois Bankruptcy Judge Timothy Barnes, Davis made some payments on his DOE loans but had made no payments on his federal Stafford loans or his private loans.

Judge Barnes analyzed Davis's petition for relief under the three-part Brunner test and concluded that Davis did not meet even one of the three parts.

In Judge Barnes' opinion, Davis could not meet part one of the Brunner test because he could not show that he would be unable to maintain a minimal standard of living if forced to pay back his student loans.  In the judge's view, Davis had not lived frugally enough, noting disapprovingly that Davis subscribed to some streaming services.

The judge also pointed out that Davis had not applied for higher-paying jobs over the past four or five years. "In the absence of efforts to secure a higher-paying position, whether as an attorney or otherwise, and given the lack of other evidence regarding efforts to increase his income, [Davis] has failed to demonstrate that he has maximized or attempted to maximize his income" (p. 705).

Regarding part two of the Brunner test, Judge Barnes ruled that Davis "failed to demonstrate the existence of additional circumstances indicating that [he] will likely be unable to repay the Students Loans for a significant portion of the repayment period " (p. 707). The judge pointed out that Davis has at least 20 more years of earning potential.  The judge indicated that Davis had shown no unusual circumstances that would hinder him from finding a higher paying job.

Finally, Judge Barnes concluded that Davis had not been able to demonstrate that he had made good faith efforts to repay his loans. The fact that Davis had not made any payments on some of his loans "weighs against a finding of good faith" (p. 708). Judge Barnes ruled. And--as the judge had already indicated, he did not think Davis had tried to maximize his income, minimize his expenses, or look for a higher paying job.

I disagree with Judge Barnes' decision.  First, Judge Barnes is a lawyer himself. Surely he knows that the job market for lawyers in the U.S.  has been terrible since Davis graduated from law school in 2008. The judge should also know that the job possibilities for people who graduate from undistinguished law schools like John Marshall and who do not have stellar grades face particularly grim job prospects.

Finally, Judge Barnes should know that an L.L.M. degree from a lackluster law school like John Marshall often does not make a lawyer more marketable. In fact, for many J.D. graduates, an advanced degree in law merely adds to a lawyer's debt load.

In my view, the only question Judge Barnes should have considered when evaluating Mr. Davis's case is this: Can Mr. Davis repay $351,000 in student loans?

The answer to that question is undoubtedly no. Judge Barnes concluded that Barnes had not looked hard enough for a better job, but who would not look for better wages if a higher paying job was at least a remote possibility.

I doubt very much whether Davis--who has a law degree and an advanced law degree--likes working on a contract-to-contract basis for $61,000 a year. But I feel sure he is doing the best he can.  Apparently, he has worked consistently in the field of law for 11 years. He should get some credit for that.

If the Department of Education thinks it achieved something by opposing Mr. Davis's request for student-loan relief, it is deluding itself.  I think it is highly likely that Davis will be forced into an income-based repayment plan that will end when he is 66 years old and that accruing interest on his debt will prevent him from ever paying off his loans--now more than a third of a million dollars.

A compassionate ruling, a sensible ruling, and the right ruling would be for Judge Barnes to forgive all of Davis's crushing debt and give him the fresh start. That is the bankruptcy courts' duty, after all, to give honest but unfortunate debtors a fresh start. 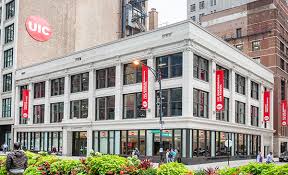 Posted by Richard Fossey at 7:38 AM No comments: