According to CNBC, Tom Brady, the Tampa Bay Buccaneers' highly-paid quarterback, got a check for $960,00 from the Smal Business Administration's Payroll Protection Plan. Why? Because, besides playing football, Mr. Brady owns a sports and nutrition company.

Does Mr. Brady need the money? Earlier this year, he signed a $50 million two-year deal to play football for the Buccaneers.

And Mr. Brady gets a tax break that goes with that $960,000 check.  Brady and everyone who received a PPP check can deduct their business expenses for the year, even if they paid those expenses with the federal government's free money.

Is this a great country or what!

IBRPs allow college-loan borrowers to make monthly payments on their loans based on their income. If they make regular payments for 20 or 25 years, the balance on their loans is forgiven. However, the amount of forgiveness is considered taxable income by the IRS.

I do not quarrel with Congress's COVID-relief legislation. Perhaps it is good public policy to give Tom Brady a million bucks while my relatives get a lousy $600.

I just hope my children and grandchildren will become rich enough someday to qualify for government handouts. 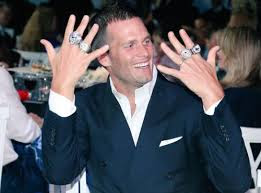 Posted by Richard Fossey at 7:51 AM No comments:

The $900 Billion COVID-19 relief bill: Did Santa Claus forget you this year?

Congress passed a $900 billion COVID-19 relief bill yesterday.  It is almost 5,600 pages long, so most of our national legislators weren't even able to read it.

The bill has the usual benefits we expected, but it contains other goodies that have nothing to do with the coronavirus. Those goodies added another trillion dollars to the bill's cost.

Who got the pork? Schools, colleges, and universities got $82 billion, the airlines got $25 billion, and the entertainment industry got $15 billion.

And foreign countries got some money too. Ten million dollars went to Pakistan for a gender program. Venezuela is getting $33 million for “democracy programs," and the formerly Soviet Republic of Georgia will receive $132 billion.

Hey, the Palestinians will get a cool quarter of a billion the nation of Sudan will get a little something as well.

Is there anything in there for you and me? Perhaps, a little, but the non-relief portion of the COVID-19 relief bill is actually larger than the amount that went to distressed Americans.

Did any one of our 535 Congressional representatives think to add a provision to this mammoth bill that would prohibit the Department of Education from garnishing the Social Security checks of elderly student-loan defaulters? Did anyone think about amending the Bankruptcy Code to allow insolvent private student-loan debtors to discharge their college loans in bankruptcy? Did anyone think to pass some legislation to clean up the for-profit college industry?

Isn't it Congress's job to take care of suffering Americans and to put their needs over the whims and desires of special interest groups, not to mention foreign governments run by people who hate us?

Posted by Richard Fossey at 3:34 PM No comments: