We are all peasants now: The student-loan crisis is destroying the middle class

As the world changed, we reverted to social divisions that we'd thought were obsolete.  . . . A plain majority of the townspeople were laborers now, whatever in life they had been before. Nobody called them peasants, but in effect that's what they'd become.

American higher education is the emperor who wears no clothes. College leaders boast that our nation's universities are the envy of the world while they rake in so-called federal "student-aid" and parade about in medieval regalia peddling worthless degrees. 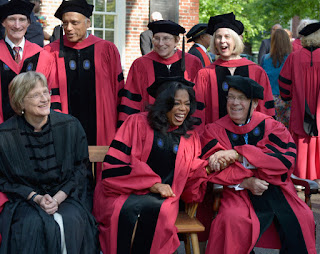 And America's young people are the losers. They've been gulled into thinking they can gain a middle-class lifestyle by getting a college degree and maybe a graduate degree as well. But millions are finding that their college degrees gained them little more than massive debt. And those online MBAs and doctorates they purchased with borrowed money--just junk.

According to the Federal Reserve Bank, outstanding student-loan debt reached $1.56 trillion last January. Around 45 million Americans have student-loan obligations and 7.4 million are enrolled in long-term repayment plans that stretch out for as long as a quarter of a century.  As Secretary of Education Betsy DeVos admitted with shocking candor last November, only one out of four student borrowers are paying off the principal and interest on their loans.

It is now well documented that student-loan debt is contributing to the nation's declining birth rates--now near a record low. People can't afford children because they're paying off student loans.

Young people can't afford to buy homes, they can't save for retirement, they can't pay off their debts.  Their liberal arts degrees, their shoddy law degrees, their fluffy MBAs and doctoral degrees qualify them to become baristas and clerical workers.

We are now in the early stages of the 2020 presidential election season, and what do our politicians talk about? Russia, border walls, free health care, and the Green New Deal.  We should be discussing the New Raw Deal--the deal our government and our universities have imposed on guileless young people.

For too long, Americans have bought the line that our colleges and universities operate for the public good and that the people who run them are wise and kindly. We particularly revere the ivy league colleges where we get nearly all our prune-faced Supreme Court justices and most of our presidents.

But if the folks who run Harvard are so goddamned wise, how could they have fallen for Elizabeth Warren's scam that she's a Cherokee? And if our elite college leaders are sensitive and kindly, how did little boys wind up getting raped in a Penn State shower room? And how could dozens of female athletes get groped by Larry Nasser while he was on Michigan State's payroll?

No, let's face the truth. Many American colleges and universities are not run by wise and kindly people; most are run by administrators who are primarily concerned with the bottom line. And far too often, higher education is not preparing young Americans to enter the middle class. On the contrary, by forcing people to take on oppressive levels of debt to get a college degree, colleges are setting up millions of Americans for a lifetime of peasantry. 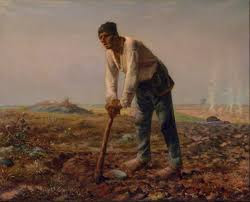 Imagine if you will that you are sitting in the chambers of the U.S. House of Representatives in 1965 just before Congress adopts the Higher Education Act, which launched our nation's huge experiment with student loans.

Before the vote, the Ghost issues this chilling warning: "Congress," the ghost whispers,"behold what will happen to this great nation if you launch a massive college loan program."

And this is the ghost's prediction:

First, within a half century, 45 million Americans will be burdened by student loans, which will amount to $1.5 trillion in outstanding indebtedness. Millions will be forced into 25-year repayment plans that are structured such that borrowers will never pay off their student loans--even if they make monthly payments for a quarter of a century.

Others will simply default on their loans--ruining their credit. By 2016, borrowers will be defaulting at the rate of 3,000 a day. Student-loan default rates will be much higher than default rates on mortgages, credit cards, or car loans.

A higher-education "arms race" will emerge, with colleges raising tuition to build luxury student housing, food courts, and recreational amenities like LSU's "Lazy River" water feature. Small, liberal arts college will shut their doors, unable to lure enough students who are willing to borrow $40,000 a year to attend a college no one has heard of.

Bad as these developments are, worse calamities will arise from an out-of-control student-loan program. As the Federal Reserve Bank of New York reported, home ownership will decline as young people are unable to save enough money to buy a house due to oppressive student-loan burdens.

And finally, the nation's fertility rate will nosedive so that birthrates aren't high enough to sustain the nation's current population. Fewer children means fewer young adults in the labor force, which means fewer working people to support a growing population of the elderly.

"Now," the Ghost from the Future asks Congress, "do you really want to pass the Higher Education Act of 1965?" Of course, the answer would be no.

If you think my fictional Ghost from the Future is over-sensationalizing the student-loan crisis, then you should read Declining Fertility in America, written by Lyman Stone of the American Enterprise Institute. "Birth rates in America are declining," Stone writes, "leading to one of the lowest rates of population growth on record, soon to become the lowest ever" (p. 3).

This crisis, which has mass economic implications, is not about devaluing children, Stone argues. Rather it is about barriers to childbearing.  Among these barriers, Stone identifies the following (p. 3):

As Stone documents in his report, Americans are not having enough children to maintain our population--a population that is rapidly aging.

Their are several ramifications to the nation's plunging fertility rates. As Stone points out, a low fertility rate will put pressure on Social Security, Medicare and individual retirement accounts:


Without as many young workers to pay into Social Security and Medicare or buy the hot dogs and iPhone apps that make corporate shares worth holding, the retirement prospects for American workers will dim. Their 401(k)s will not be worth as much, they will have long lines at the hospital, and their Social Security checks will perhaps be smaller than they expected. In other words, in a low-fertility world, Americans may have to work longer and harder before retiring. (p. 6)

And much of this future suffering is due, as Stone asserts, to student loans.

Stone optimistically observes, that some barriers to childbearing, like student loans and housing costs, "may be readily addressed through various policy changes" (p. 3); but I am not so sure. In spite of all the suffering and hardship that student loans have unleashed on America's young people, we're really not talking much about the crisis, much less proposing solutions.