Marchus v. Student Loans of North Dakota: Another Victory for Student-Loan Debtors in the Eighth Circuit

In 2020, Debra Jean Marchus filed an adversary proceeding in a North Dakota bankruptcy court, seeking to discharge about $38,000 in student-loan debt. After a trial, Bankruptcy Judge Shon Hastings wiped out the debt.

As summarized in Judge Hastings's decision, Ms. Marchus began her journey through higher education in 1975, forty-five years before she filed for bankruptcy. She first enrolled at North Dakota State University, then attended a couple of for-profit institutions, and finally obtained an associate degree in accounting from the University of Phoenix in 2013.

When Marchus appeared in Judge Hastings's courtroom, she only made $11.00 an hour working as a North Dakota grocery store stocker. Moreover, Marchus had never made a lot of money. Her average annual income over the previous fifteen years was only $14,493.
As Judge Hastings noted, Marcus bought her clothing from second-hand stores, received health care from Medicaid, and supplemented her food budget with financial assistance from the federal government's SNAP program. She drove a 17-year-old car and lived in a one-bedroom apartment.

After sifting through all the evidence (including more than 500 pages of medical records), Judge Hastings concluded Ms. Marchus's financial future did not look promising.

[Marchus] is almost 64 years old. She holds no pension or investment accounts and saved no money for retirement. Her employment and income opportunities are limited, and the prospect of [Marchus] increasing her income either through new employment or a promotion at her current job appears bleak.

Summarizing the evidence (which included more than 500 pages of medical records), Justice Hastings concluded that it was unlikely that Ms. Marchus would ever earn more than her current income. He discharged her debt to SLND in its entirety.
What are we to make of Marchus v. SLND?
First, Debra Machus is one among millions of Americans who took out student loans to attend for-profit colleges but did not benefit financially. For more than forty years, Marchus attempted to improve her lot in life by enrolling at for-profit schools, and yet she wound up working at a job that paid only $11 an hour.
Second, Marchus's case shows how interest and penalties can cause a student-loan debt to balloon out of control. Debra Marchus borrowed $14,000 in 2007 to attend Aakers Business College, and she paid back more than half that amount with money she received from an inheritance. Nevertheless, by the time she filed for bankruptcy, her debt had grown to more than $38,000!
Finally, Marchus v. SLND is another win for student-loan debtors who reside in the Eighth Circuit Court of Appeals. Like Diane Ashline's victory in Iowa and Michael Abney's success in Missouri, Marchus's victory in North Dakota is a sign that the bankruptcy judges in the Eighth Circuit are becoming more willing to grant student-loan debtors the relief to which they are clearly entitled.
References
Abney v. U.S. Department of Education, 540 B.R. 681 (Bankr. W.D. Mo. 2015).
Ashline v. U.S. Department of Education, Adversary No. 16-09028 (Bankr. N.D. Iowa, Sept. 28, 2021). 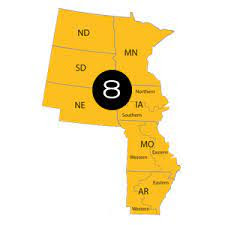 Posted by Richard Fossey at 11:46 AM No comments:

Diane Ashline, a 47-year old single mother, worked for 20 years as a dental assistant. Hoping to increase her income, she took out student loans to get an undergraduate degree and a master’s degree from Kaplan University, a for-profit school. Unfortunately, these degrees did not help her financially.

Ashline never defaulted on her student loans. Instead, she put them in forbearance during the times she was unable to make payments. Nevertheless, by the time she filed for bankruptcy in 2016, she had accumulated  $230,000 in student debt.

The U.S. Department of Education DOE) insisted that Ashline be put in an income-based repayment plan (IBR), which would only require her to pay $65 a month.  But Judge Thad Collins, who presided over Ashline’s bankruptcy proceedings, rebuffed DOE’s arguments and discharged all of Ashline’s federal student debt.

The judge pointed out that “no evidence [had been] produced to suggest that [Ashline] would ever be able to leverage her unused master’s degree to obtain a higher paying job in the future.” In fact, he ruled, there was “no suggestion that her income would increase in any meaningful way over the remainder of her working life.”

Judge Collins emphatically rejected DOE’s demand that Ms. Ashline sign up for an IBR, partly due to her age. At the time Judge Collins issued his decision last December, Ashline was 50 years old. “Upon completion of a hypothetical IBRplan,” the judge observed, “she would be between 69 and 74 years old.”

Judge Collins summarized his ruling in favor of Ms. Collins with these words:

[T]he Court finds that [Ashline] has proven, by a preponderance of the evidence, that not discharging her student loans would impose an undue hardship on her and her dependents. She has maximized her earnings potential. Her future financial condition is not likely to improve to any significant degree. . . . Her expenses are not extravagant. Debtor has made the good faith effort to make payments on her student loans . . . and has deferred those payments when she was unable to make them.

Judge Collins’s decision joins a growing body of case law that rejects the argument that student debtors should sign up for IBRs instead of seeking bankruptcy relief. Indeed, Judge Collins himself has issued two other important decisions in which he discharged student debt.

Gradually, I believe the tide is turning in favor of distressed student-loan debtors in the bankruptcy courts. Increasingly, federal bankruptcy judges are recognizing that forcing college borrowers into IBRs makes no sense.

I hope the Ashline decision and other bankruptcy court decisions in a similar vein will encourage “honest but unfortunate” student-loan debtors to shed their unpayable student loans in a federal bankruptcy court.

Posted by Richard Fossey at 7:28 AM No comments: