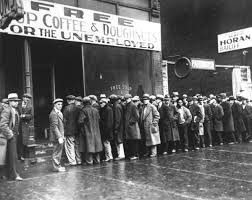 Perhaps you have noticed, as I have, that a high percentage of the George Floyd protestors are young White people.

Youthful White men and women helped pull the ropes that brought down statues of Confederate figures across the South. And it is Millenials--White Millenials--who joined in the vandalism and destruction that damaged many American cities.

Why is that? Are White protestors merely standing in solidarity with their Black brothers and sisters over the residue of racism in the United States? Or do they have their own grievances?

I think it is both. In this season of discontent, we should remember how many Americans have been thrown out of work--tens of millions.  And we should never forget that 45 million Americans--more young than old--owe $1.7 trillion in student debt, and only about half can pay it back.

This nation has been in lockdown for four months now due to the coronavirus epidemic.  Public employees--professors, teachers, administrators, etc.--are still getting paid.  Workers in the private sector have been laid off by the millions, especially in the service industry. And many of these unemployed workers have student loans.

What has our federal government done to assist laid-off student-loan debtors?  Diddly squat.  The Department of Education has granted a brief reprieve from making monthly loan payments and is abstaining from charging interest, but that is about it.

Oh, yes, DOE said it would stop collection efforts against defaulted college-loan borrowers until the coronavirus crisis had passed. But last May, DOE was sued for allowing employers to continue collection efforts.

Meanwhile, the Federal Reserve Bank is buying up corporate debt--over $400 million. So far, the Fed has bought corporate debt owned by Berkshire Hathaway Energy, Coca-Cola, AT&T, Boeing, Exxon-Mobile, Ford and Walmart. And it has distributed more than $350 million in forgivable loans to businesses that promise to maintain their payrolls.

I don't mean to question the motives of White protestors who join the Black Lives Matter demonstrations. I feel most are expressing real and legitimate anger about race relations in the United States.

But I also believe that White protestors feel a kinship with Black protestors on economic issues and consider themselves to be fellow victims of corporate America.  And I agree with them about that.

Many White demonstrators have racked up thousands of dollars in student debt and are not holding down jobs that will allow them to pay back what they owe. Some have come to realize that their college education was way too expensive and didn't prepare them for decent jobs.

Now, these student-loan debtors are out of work and struggling to make their loan payments. They realize that our federal government has been spewing out billions of dollars to corporations to help them deal with the coronavirus while it has done virtually nothing for distressed college borrowers.

They are angry. I would be angry too--very, very angry. 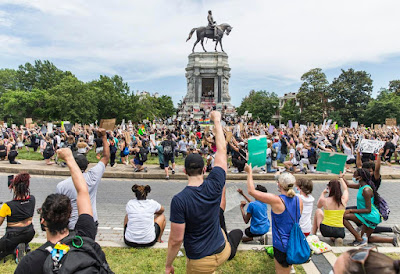