Parent Plus Loans: A despicable government program cruelly drives mom and pop into poverty so their kids can go to college

If you are not outraged by the federal government's Parent Plus student-loan program, you have a heart of stone.

According to The Hechinger Report, 3.5 million parents have taken out federal student loans to help their kids pay for college. Collectively, these parents owe almost $100 billion in outstanding debt, and about 12 percent have gone into default.

In other words, if you take out a Parent Plus loan to help finance your child's college education, you are running about a 1 in 8 chance of having your life ruined by debt you can't repay—pretty grim statistics.

Nevertheless, colleges and universities still offer Parent Plus loans as part of their individual student aid packages, and parents continue to take them out. Often parents do not realize that these loans are almost impossible to discharge in bankruptcy.  Even if mom and pop lose their jobs or are hit with significant hospital bills, they are still obligated to send Uncle Sam a monthly check.

The Hechinger Report tells the story of Jay and Tina Rife, who borrowed $40,000 so their son and daughter could attend public universities in Indiana. The loan balance has grown over 20 years, and they now owe $100,000. Their Parent Plus loan payment is bigger than their mortgage payment.

The Rifes' daughter, Stacy, is 41 years old and has her own student-loan payments. Meanwhile, Stacy's mother goes without health insurance so that she and her husband can make their Parent Plus payments.

The Hechinger Report quoted Amy Laitinen, a policy expert at New America, regarding Parent Plus loans.  "I don't think these loans should be presented with the financial aid offer at all," Laitinen said. "I think it speaks more to the school's desire to bring in the student than to what's best for the family . . . .To present [a Parent Plus Loan] as if it's really a way for paying for college when there's no way for those parents to pay it back is shameful and harmful."

There is only one way to deal with this reprehensible government program, and it's a two-part response.  The Parent Plus program should be shut down immediately, and every parent who has been trapped by this despicable sham should be able to shed their Parent Plus debt in bankruptcy. 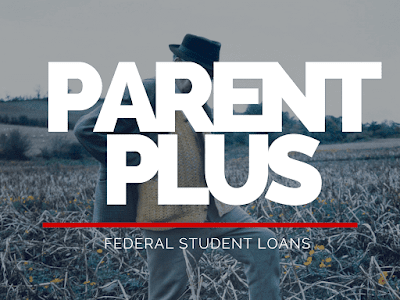 Posted by Richard Fossey at 9:05 AM No comments:

Writing on behalf of more than 70 college lobbying groups, Ted Mitchell, President of the American Council on Education, wrote a letter to Congressional leaders earlier this month asking for federal money to help colleges cope with the coronavirus pandemic.

Congress had already sent relief money to American colleges and universities through the CARES Act, but Mitchell asked for more--a lot more!

Mitchell said colleges need a total of $46.6 billion to cover increased student aid and lost revenues, and they need another $73.8 billion to pay the costs associated with the COVID 19 pandemic.

One congressional bill (the Corona Virus Child Care & Education Relief Act) calls for sending the colleges $132 billion, and Mitchell says that will do nicely, thank you very much.  Other legislation falls short of what Mitchell says the college industry needs.

Mitchell also asked for some other stuff:


Mitchell's letter contained some more requests, but the bottom line is this: American colleges and universities want more federal money. Feed Me, Seymour!

When Mitchell was asking for a federal handout, did he urge Congress to provide some relief for college students? College borrowers, after all, collectively owe $1.7 trillion in student debt.

Oh yes. Mitchell asked Congress to extend the moratorium on monthly student-loan payments and accruing interest for an additional six months.  Thanks for thinking about the students, Ted. So thoughtful!

Mitchell did not mention bankruptcy relief for distressed student-loan debtors or the tax status of forgiven student debt.  He did not mention the millions of parents who took out PLUS loans to get their kids through crumby colleges--loans that sabotaged their retirement plans.

No, Ted Mitchell's letter was all about sucking up more federal money so the college racket can maintain the status quo--which includes robber-baron salaries for college presidents, coaches, and administrators.

Of course, the higher education industry won't admit that it brought its financial woes on itself or that many colleges were sinking even before the coronavirus showed up and crapped in their mess kits. (See Jon Marcus's recent essay in the Hechinger Report.)

Public institutions refused to consolidate their regional campuses even as college enrollments dropped precipitously.  Private colleges continued to insist that the liberal arts degrees they cranked out were valuable, even though they had forgotten what a liberal arts education is all about.

Law schools and business schools refused to cut their tuition or shrink the size of their entering classes even though there was a glut of JDs and MBAs on the market.

And now the reckoning day approaches, and all the college and universities can think of to do as a group is to have their 70 lobbying organizations ask Congress for more money.

Posted by Richard Fossey at 9:41 AM No comments: 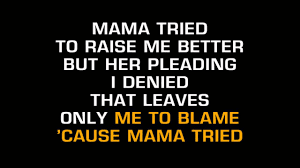