Too many Americans are going to court without lawyers. As Lauren Sudeall Lucas and Darcy Meals noted in an essay in The Conversation, 80 to 90 percent of people in some states are litigating their cases without attorneys, even when their opponents have legal counsel. In Georgia, the authors assert, courts heard 800,000 cases last year involving self-represented litigants.

Lucas and Meals maintain the United States has "far too few lawyers," but I disagree. As Paul Campos and others have written, there has been a downturn in the legal-services market; and law schools are churning out thousands of new attorneys who graduate with six-figure student loans and no job prospects.

The United States has enough lawyers; in fact, we have too many. The problem is this: practicing lawyers are not representing middle-class people and the poor.

Why? Because most Americans can't afford to pay an attorney to guide them through protracted litigation.  Lawyers leave law school with an average debt load of $140,000; and they must make at least $100,000 a year just to service their student loans. Consequently, attorney fees are too high for most Americans to pay.

Lucas and Meals didn't mention the plight of student-loan debtors, but this is a special class of people who need good bankruptcy attorneys. In 2012, Jason Iuliano wrote an important law-review article in which he reviewed bankruptcy filings in 2007. Iuliano found that 238,446 student-loan debtors filed for bankruptcy in 2007, but only a few hundred filers even attempted to discharge their student loans. This is unfortunate because Iuliano estimated that 39 percent of the student borrowers who filed for bankruptcy that year "would have been good candidates to obtain relief."

Remarkably, a few student debtors have gotten their student loans forgiven in the bankruptcy courts  even though they were not represented by a lawyer. Richard Precht in Virginia and Jaime Clavito in California filed adversary actions against the Department of Education and obtained stipulated discharges of their student loans without going to trial. These are amazing victories.

Self-appointed experts assert again and again that student loans cannot be discharged in bankruptcy, but this is not true. In recent years, several people have wiped out their student loans in the bankruptcy courts. Moreover, without a doubt, the federal bankruptcy judges are becoming more sympathetic to distressed student borrowers; and the courts are increasingly willing to rule in favor of student-loan debtors when the Department of Education or one of its rapacious debt collectors opposes bankruptcy relief.

What needs to be done?

As I said, the United States has plenty of lawyers, but not enough of them are concerned about justice for the poor. Dozens of public advocacy groups joined lawsuits in support of transgender students who demanded the right to choose their toilet facilities, which is commendable. But 20 million Americans are being crushed by student-loan debt, and very few lawyers have come to their aid.

Where is the Southern Poverty Law Center? Where is the ACLU? Where are the legal aid clinics? Why haven't these agencies joined the fight to bring debt relief to deserving student borrowers?

Just a few able and committed lawyers could completely change the legal landscape for student-loan debtors. I estimate that 25 or 30 competent lawyers, defending a few clients in several federal circuits, could persuade the federal courts to reinterpret the "undue hardship" standard that has been applied so harshly against desperate student borrowers over the years.

In my view, the federal courts are willing to ruling in favor of student borrowers who file bankruptcy if only they are presented with good legal arguments. Many--perhaps most--bankruptcy judges are liberal minded. They know it is their job to provide a fresh start to "honest but unfortunate" debtors. Moreover, I think many are offended by the way the Trump administration has handled the student-loan catastrophe; or at least they would be offended if they were educated by student-loan debtors' attorneys.

It is time to face harsh facts. Millions of Americans have committed financial suicide by taking out student loans they can't pay back. The student loan program has driven legions of people out of the national economy, preventing them from buying homes, getting married, or saving for their retirement.

Congress has not done anything to provide relief. In fact, the House of Representatives recently approved a bill that will make it almost impossible for defrauded student debtors to sue the for-profit colleges that swindled them. The Department of Education, now run by the wicked witch of the east, Betsy DeVos, is doing everything it can to advance the venal interests of the for-profit college industry.

In sum, we have enough attorneys; but we do not have enough lawyers who are willing to go toe-to-toe against the U.S. Department of  Education, the debt collectors, and the sleazy for-profit college industry.

Lauren Sudeall Lucas and Darcy Meals. Every year, millions try to navigate US courts without a lawyer. The Conversation, September 21, 2017

Disabled Veteran wins stipulated discharge of student loans in a California bankruptcy court: "Snap out of it!" 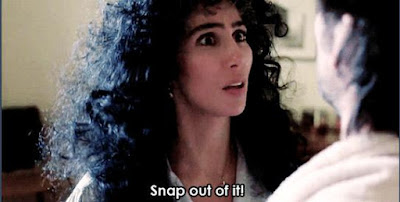 Jaime Clavito, a disabled veteran of Filipino descent was one of those people. Jaime filed for bankruptcy in California without a lawyer in order to get his student loan debt discharged (about $100,000). DOE opposed him in bankruptcy court, and a trial date was set.

At some point, however, DOE looked closely at Mr. Clavito's evidence and agreed to a stipulated discharge of his student-loan debt.

It is not clear from the record why DOE agreed to a discharge of Jaime Clavito's loans just a few days before trial. DOE's short stipulated agreement to a discharge is only two sentences long and says this:


Pursuant to the agreement of the parties, the United States Department of Education consents to entry of judgment granting a discharge of the plaintiff's student loans pursuant to 11 U.S.C. sec.523(a)(8), each party to bear their own attorney fees and costs. The parties request an order from the Court approving the stipulation and taking the trial (set for 8/14/2017) off calender.

I think, however, the DOE attorneys became convinced that Jaime was entitled to a discharge when they saw the evidence he filed showing that he is disabled.

It is unfortunate that Jaime Clavito's case was resolved so close to the trial date. Being in litigation against the federal government is undeniably stressful, and Jaime Clavito must have endured months of anxiety before finally obtaining his discharge.

Jaime Clavito's victory is similar to the victory Richard Precht won last year, when DOE stipulated to a discharge of his student loans. Like Mr. Clavito, Mr. Precht had a very strong case. He was living on only $1200 a month and his Social Security checks and small pension payments were being garnished.

DOE's first response to Mr. Precht's lawsuit was to file a motion to strike his complaint. Eventually, however, a DOE attorney looked at Richard Precht's voluminous evidence and signed a stipulation agreeing to a discharge of Richard's student loans.

What doe these two cases tell us? Two things.

First, people who have been officially determined to be disabled and people who are living below the poverty line on Social Security income are entitled to have their student loans discharged.  DOE is on record that it will discharge student loans by people who are disabled. As far as I know, DOE has no official policy to consent to discharges for impoverished Social Security recipients, but these people's cases are so strong, I don't think DOE will fight them.

Second, disabled people and people whose Social Security checks are being garnished may have to get DOE's attention in order to get their student loans discharged. DOE initially opposed student-loan discharges for both men, and they both had to file adversary proceedings in bankruptcy court before DOE woke up and agreed to discharge their loans.

People in Mr. Clavito and Mr. Precht's position remind me of that famous scene in Moonstruck, when Ronny Cammareri (played by Nicholas Cage) professes his undying love to Loretta Castorini (played by Cher). Loretta reminds Ronny that she is engaged to be married to Ronny's brother Johnny, but Ronny persists.

Finally, Loretta slaps Ronny hard across the face and yells, "Snap out of it!"

That's basically what Mr. Clavito and Mr. Precht did. By filing for bankruptcy, they figuratively slapped the DOE lawyers across the face and yelled, "Snap out of it."

So if your financial situation is similar to that of Mr. Precht and Mr. Clavito, you need to gather your evidence and file for bankruptcy. Then you need to file an adversary lawsuit against DOE or the debt collector who holds your debt and ask the bankruptcy judge to discharge your student loans.

When you do that, you will be slapping the Department to Education hard across the face. "Snap out of it,!" you will be saying. And I think that will feed pretty good.