Woman enrolls in low-ranked law school, accumulates massive debt, and is academically dismissed only three credit hours from getting her degree: Is that fair?

Jill Stevenson enrolled at Thomas M. Cooley Law School in 2002. She completed 87 credit hours toward completing her degree, but she was "academically dismissed" because her GPA dropped in her last year of study.

Stevenson took out student loans to pay for her legal education and entered an income-based repayment plan (IBRP) in 2006. This plan required her to make monthly payments on her student debt for 25 years. She made her payments faithfully for 14 years--a remarkable achievement. But her loan balance grew larger with each passing month because of accruing interest.

By the time she filed for bankruptcy and tried to get her student loans discharged, she owed the U.S. Department of Education $116,000, and the debt would continue growing until she finished her IBRP in 1931.  At that time, her student loans would be forgiven, but the forgiven amount is considered taxable income. Thus, when she is in her sixties, Miss Stevenson will face a huge tax bill.

This is a sad outcome, made sadder perhaps because Thomas M. Cooley has been ranked as one of the worst law schools in the United States.  Don't take my word for it.

Garrett Parker, writing for Money Inc., ranked Cooley as one of the 20 worst law schools in the United States in 2019. Parker said Cooley made the worst-law-school list "with flying colors."

Staci Zaretsky, writing for Above the Law (a terrific blog site) in 2018, listed Cooley as one of the ten worst law schools in the nation. In 2018, Zaretsky reported, Cooley admitted 86 percent of its applicants, including 135 students who scored in the bottom 12 percent on their LSAT tests. Cooley was the 2017 defending champion for worst law school, Zaretsky noted drily.

You want another take? David Frakt, "who serve[d] as chair of the National Advisory Council for Law School Transparency, [wrote] that 2017 defending champion Western Michigan University Thomas Cooley Law School repeats for 2018, claiming the number 1 spot on the list of bottom 10 schools."

My point is not to knock Cooley Law School--other people are doing an excellent job of that without my help. But let's think about Jill Stevenson.

Even if she graduated from Cooley, her prospects in the legal field would not have been bright. She made a smart decision to take a job as a paralegal.

Nevertheless, Cooley dismissed her when she was three credit hours short of graduation. And all that student-loan money Stevenson paid the law school--Cooley kept that money.

And then the U.S. Department of Education shows up to fight her plea for bankruptcy relief, claiming she shouldn't have her student loans forgiven because she smokes cigarettes and cares for a disabled grandson.

This is the way Great Britain treated debtors in Charles Dickens's time. I thought America was better than that. 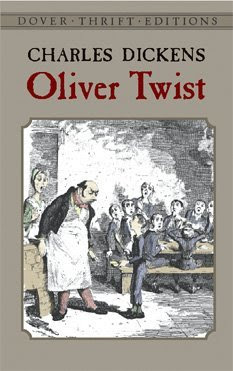 Posted by Richard Fossey at 1:51 PM No comments:

Attention Student Loan Debtors: The Department of Education may want a piece of your inheritance!

Jill Stevenson enrolled at Thomas M. Cooley Law School in 2002, but she never graduated. Although she completed 87 of the 90 credit hours she needed to get a law degree, she was academically dismissed because of her low GPA. Subsequently, Stevenson obtained work as a paralegal in New Mexico.

Stevenson borrowed $90,000 to fund her law studies. In 2006, she enrolled in an income-based repayment plan (IBRP), and she made regular payments under that plan for 14 years. Nevertheless, due to accruing interest, her loan balance grew to $116,000.

In 2019, Stevenson filed an adversary proceeding to discharge her student loans in bankruptcy. At the time of filing, her monthly payment under the IBRP was $259.

Educational Credit Management (ECMC) opposed Stevenson’s plea for bankruptcy relief. ECMC sent Stevenson a formal request for admission asking her to admit that she could make her IBRP monthly payments and still maintain a minimal standard of living.

Initially, Stevenson admitted that she could maintain a minimal standard of living while making monthly payments of $259. She argued, however, that her loan balance was growing and she would face a substantial tax burden when her IBRP obligations ended 11 years in the future because the forgiven debt would be taxable to her as income.

She maintained this tax liability constituted an undue hardship in itself and entitled her to discharge her student debt in bankruptcy.

Later, Stevenson moved to revise her answer to ECMC’s request for admission to state that her expenses exceeded her income even if she was relieved of her student-loan debt.

ECMC asked Bankruptcy Judge David Thuma to dismiss Stevenson's case based on her admission that she could make her IBRP payments and still maintain a minimum standard of living. ECMC also objected to Stevenson’s attempt to amend her answer to its request for admission.

This is how Judge Thuma ruled. First, he said Stevenson was entitled to change her answer to ECMC’s request for admission. Second, he ruled that there was a factual dispute about whether Stevenson would suffer undue hardship if forced to repay her loans.

However, Judge Thuma ruled that Stevenson was not entitled to discharge her student loans in bankruptcy simply because she could face tax consequences when she completed her IBRP. “If  borrowers can pay some amount each month," Judge Thuma reasoned, "it would shortchange the government to discharge the debt before the end of the IBRP.”

Nevertheless, Judge Thuma added, the tax bill that Stevenson potentially faced in 11 years could be considered when determining whether it would be an undue burden to require Stevenson to repay her student loans.

Stevenson v. ECMC is significant for two reasons. First, the case demonstrates ECMC’s chief litigation strategy in student-loan bankruptcy cases.  ECMC almost always argues that it is never an undue hardship for a student borrower to make monthly payments under an IBRP.  In other words, from ECMC’s perspective, no one is entitled to discharge student loans in bankruptcy because income-based payments never constitute an undue hardship.

Second, and more disturbing, Judge Thuma took note of the fact that Stevenson’s elderly parents own valuable real estate—a strip mall. “If [Stevenson’s] financial situation changes (e.g., if she receives an inheritance), she might be able to repay her student loans."

Ms. Stevenson is 53 years old, and her parents are in their 80s. Unless her loans are discharged in Judge Thuma’s bankruptcy court, she will be required to make IBRP payments for 11 more years only to see her loan balance get larger.

Suppose Stevenson's parents die, and she receives an inheritance before paying off her student loans. In that case, Stevenson might find the Department of Education standing at her parents’ graveside (figuratively speaking), demanding to be paid.
Does that seem fair to you? It does not seem fair to me.
References
Stevenson v. Educational Credit Management Corporation, Adv. No. 19-1085, 2020 WL 6122749 (Bankr. D.N.M. Oct. 16, 2020).