Maura Healey, Massachusetts Attorney General,  announced last month that her office is partnering with the Massachusetts Bar Association and the Greater Boston Chamber of Commerce to organize volunteer lawyers to represent distressed college debtors in bankruptcy.

This is a VERY BIG DEAL for a least four reasons:

Dispelling the myth that student loans can't be discharged in bankruptcy

First, as Steve Rhode pointed out, AG Healey's initiative gives the lie to the myth that student loans cannot be discharged in bankruptcy. The Department of Education and the student-loan industry want college borrowers to believe their student loans are not dischargeable, and they have been successful in  perpetuating that falsehood.

As scholar Jason Iuliano wrote in a law review article, almost a quarter of million student loan debtors filed for bankruptcy in 2007, but only a few hundred even tried to discharge their student loans. But the Massachusetts Attorney General's initiative demonstrates that competent attorneys believe these loans can be wiped out in bankruptcy, and that is welcome news.

Second, having experienced and committed lawyers representing student-loan debtors in bankruptcy court means more college borrowers will be successful. I once thought student-loan debtors could win their cases against the Department of Education and their agents even if they went to court without lawyers.

And indeed a few debtors have gotten relief from student loans in the bankruptcy courts, even though they went to court without attorneys. Richard Precht, Jaime Clavito, and George and Melanie Johnson come to mind.  But the debt collectors--and Educational Credit Management Corporation, in particular--have appealed their losses in the appellate courts, where it is very difficult for debtors to defend their interests.

In the Hedlund case, for example, a student-loan creditor fought Michael Hedlund in the appellate courts for 10 years!  And creditors often got debtors' victories reversed by appellate courts. In a heartbreaking loss, George and Melanie Johnson got their victory snatched away after a bankruptcy judge reversed his earlier decision to discharge their loans. The judge backtracked after his original decision was vacated by an appellate judge.

With competent attorneys, however, college borrowers can fight DOE and its venal agents until hell freezes over. And eventually some of debtors' victories in the bankruptcy courts will be upheld at the federal circuit court level.  Once the federal appellate courts endorse a more humane approach to handling student-loan bankruptcies, we will see more deserving debtors get relief.

Third, if energetic and competent lawyers begin representing college borrowers in the bankruptcy courts, debtors will have able advocates to fend off what Rafael Pardo labeled "pollutive litigation" by the debt collectors.  Indigent debtors cannot counter unscrupulous tactics by creditors' lawyers unless they themselves have lawyers. In the Bruner-Halteman case, for example, ECMC repeatedly garnishing the wages of a bankrupt student debtor in violation of federal law. Had Bruner-Halteman not had an attorney, she would have been crushed.

A State Attorney General is now in open conflict with Betsy Devos and the Dept. of Education

Finally, Massachusetts AG Maura Healey is now in open conflict with our federal government's heinous policy of fighting bankruptcy relief for college borrowers who are truly suffering. In the Myhre case, DOE opposed bankruptcy relief for a quadriplegic student-loan borrower who was working full time and yet unable to survive financially. In the Abney case, DOE fought bankruptcy relief for Michael Abney, a man in his forties who had a record of homelessness and who had a monthly income of about $1100 a month. In Roth, ECMC fought Janet Roth all the way into an appellate court. Poor Ms. Roth was living on Social Security income amounting to less than $800 a month.

For the first time, we will soon see a state attorney general's office and aggressive and competent lawyers going on the attack against Betsy DeVos' Department of Education, which has become nothing more than a shill and a lackey for the corrupt student-loan business.  Hurrah for AG Maura Healey!

AG Healey has introduced a model for progressive state governments to attack a vicious federal agency and bring relief to millions of college borrowers who have their backs against the wall.  California, I call on you to rally to AG Healey's standard. New Jersey, New York, Illinois, Texas and Florida: respond to Healey's bugle call and join the fight.

It is time for state governments to fight the corrupt and sleazy student-loan industry and to bring it down.  AG Healey and the Massachusetts Bar Association have shown the nation the path toward justice. 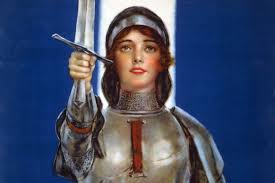 Posted by Richard Fossey at 7:00 AM No comments: