Parents Plus Loans can be a nightmare: "Teach your children well . . ."


Their father's hell did slowly go by.

More than three million parents have taken out student loans for their children's college education. Eleven percent are in default, and another 180,000 are delinquent in their payments.

Congress created the Parent Plus program in 1980, which allows parents to obtain student loans to supplement the loans their children take out to finance their college studies. As Josh Mitchell reported in the Wall Street Journal last week, outstanding indebtedness on Parent Plus loans now tops $77 billion.

The government issues Parent Plus loans with little regard to whether the parents can pay them back. Many parents who take out Parent Plus loans have subprime credit scores, which means they run a high risk of default. As Mitchell pointed out,  the Parent Plus default rate is higher than the home mortgage default rate during the 2008 housing crisis.

Without question, Parent Plus loans are being issued recklessly. "This credit is being extended on terms that specifically, willfully ignore their ability to repay," a spokesperson for Harvard Law School's Legal Services Center charged. "You can't avoid that we're targeting high-cost, high-dollar-amount loans to people who we know can't afford them."

To its credit, the Obama administration recognized that lending standards for Parent Plus loans were too lax. In 2011, the Department of Education introduced modest underwriting rules to prevent parents with low credit ratings from taking out Parent Plus loans.

But the higher education industry protested, arguing that tighter underwriting standards for Parent Plus loans would reduce college access for low-income and minority students. In response to this pressure, the Department of Education withdrew the new rules.

Obviously, people who are taking out student loans for their children are older; two thirds of Parent Plus borrowers are between the ages of 50 and 64. Many of them have student loans of their own. Some parents took out Parent Plus loans expecting their children to get good jobs and take over the loan payments.  But sometimes that doesn't happen, and the parents find themselves responsible for paying off loans they can't afford to repay.

In an NPR podcast, Michelle Singletary, a finance columnist, pointed out that many parents take out Parent Plus loans to help their children attend expensive colleges their families can't afford. It is difficult, Singletary acknowledged, for parents to tell their children that a particular elite college is simply out of financial reach.

The child might say, "But this is my dream college." If that happens, Singletary advised, the parent must have the wisdom and fortitude to say, "Honey, you need to find another dream."

Or, as songwriter Graham Nash might put it, "Teach your children well" regarding their college choices because if you borrow money for your child to go to college and can't pay it back, you will enter financial hell, a hell that will go by slowly. 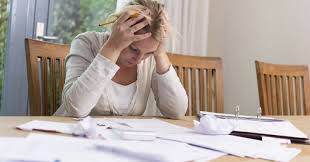 Josh Mitchell. The U.S. Makes It Easy for Parents to Get College Loans--Repaying Them Is Another Story. Wall Street Journal, April 24, 2017.

Note: Quotations in this essay come from the sources cited in the reference list.
Posted by Richard Fossey at 10:30 AM 10 comments: