Bankruptcy is intended to give honest but unfortunate debtors a fresh start in life. People who mismanage their finances, spend money improvidently or go broke through their own stupidity can shed their debts in a bankruptcy court.

That is a good thing.

But the Bankruptcy Code contains an exception for insolvent student-loan borrowers. Unless they can show "undue hardship," they can't get free of their college loans.

The Second Circuit Court of Appeals defined undue hardship in its Brunner decision, rendered in 1987.  To qualify for a discharge of their student loans, debtors must make three showings:

1) They cannot pay off their loans and maintain a minimum standard of living.

2) Their financial condition is unlikely to improve over the terms of the loans.

3) They handled their student loans in good faith.

Some commentators (including me) hope the Second Circuit will reconsider the harsh Brunner test and perhaps overrule it or at least interpret it more humanely.

Unfortunately, Tingling v. ECMC, decided about a month ago, is a signal that the Second Circuit is not willing to abandon Brunner.

Janet Tingling, age 52, tried to discharge student debt accumulated to obtain multiple degrees (a B.S. and M.S. in biology, an M.B.A., and a Doctorate in Business Administration). Her adjusted gross income was about $50,000 before filing bankruptcy. Her total student-loan debt (including principal, interest, fees, and costs) was $59,000.

Tingling was initially represented by a lawyer in her bankruptcy proceedings, but she released her attorney and pursued her adversary action alone.

Last month, a three-judge panel of the Second Circuit Court of Appeals (Judges Cabranes, Raggi, and Sullivan) upheld Judge Trust's bankruptcy opinion, ruling that he had applied the Brunner test correctly. The panel expressed no interest in modifying or overruling the Brunner standard.

I am not unduly disheartened by the Second Circuit's Tingling decision.  After all, Janet Tingling's situation was not as compelling as that of other more hard-pressed debtors who have wound up in a bankruptcy court.

The Second Circuit pointed out that she "is of relatively young age (52 years old), in good health, possesses two graduate degrees in healthcare administration, lacks dependents, and, by all indications, is able to maintain her current level of income" (Tingling v. ECMC, 990 F.3d at 309).

I hope another debtor--someone in more desperate circumstances--takes her case to the Second Circuit and challenges the Brunner test.

And I hope that person is represented by a competent and energetic lawyer.  Ms. Tingling was handicapped, no doubt, by the fact that she fought her case into the appellate courts on her own, without legal counsel to advise and assist her. 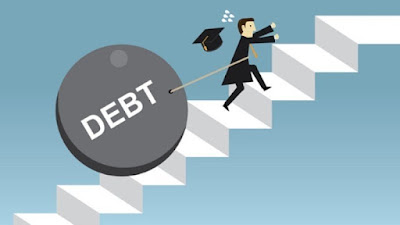