Trey Neal took out a private student loan with JP Morgan Chase Bank in 2008.  Neal and Chase signed a promissory note agreeing that interest on the loan would be governed by Ohio law.

Later, Neal concluded that he was being charged interest at a higher rate than Ohio allowed.  So he sued Chase for damages.

Mr. Neal ran into two problems in getting this dispute resolved. First, he had difficulty determining the proper party to sue.

Chase sold Neal's loan to Jamestown Funding Trust, which assumed Chase's interest in the loan. Jamestown is "related" to Navient Credit Finance, an affiliate of Navient Solutions. Navient Solutions then became Neal's loan servicer. Apparently, Neal was uncertain about who owned the loan because he dropped Chase from the lawsuit and added four Navient entities as defendants to his suit.

Neal's lawsuit had a second problem: he had agreed to arbitrate any dispute over his student loan rather than litigate.

The Navient entities asked a federal court to order Neal to arbitrate his claim under Neal's credit agreement with Chase. A federal district court rejected Navient's request, concluding Navient did not have the legal right to enforce the arbitration clause.

But Navient appealed that decision to the Eighth Circuit Court of Appeals, which reversed the lower court's decision.  The appellate court ruled that Navient did have the right to compel arbitration under Ohio law. So Neal must submit his interest-rate complaint to an arbitrator, and Neal will probably be required to pay half the arbitrator's fees to get the matter resolved.

A couple of points. First, Neal's complaint about the interest he was charged on his loan is a simple dispute, but it wound up before a federal appellate court that did not rule until 12 years after Neal took out his loan.

So Mr. Neal must submit his complaint to arbitration.

One thing seems sure. Whether Mr. Neal wins or loses, his transaction costs will likely be far greater than the sum of money at stake.

Thus, Neal v. Navient Solution teaches us all this message: Don't mess with the student-loan industry because it won't be worth your while. 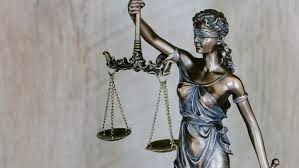 Posted by Richard Fossey at 1:32 PM No comments: