Do you feel the love? Universities pay off student debts with your money

I bought a Subaru in 2019, and the company promised to make a $250 donation to one of four Subaru-selected charities.  Subaru calls this program "Share the Love."

As I recall, I selected Meals on Wheels, and I was glad to have Subaru donate some money to that worthy charity on my behalf.

Nevertheless, I feel sure that Subaru took a tax deduction for that donation, and I suspect that Subaru priced that $250 into the amount I paid for the car. If so, Subaru was taking credit for a charitable contribution that was indirectly being made by me.

Something like that is happening with American universities using federal COVID money to pay off student loans.  That money is not university money--that's your money.

But get this. CUNY and the state of New York are not contributing one dime to the CUNY Comeback Program.  All $125 million is coming from federal  COVID relief money.  In other words, American taxpayers from all fifty states will be contributing through their taxes to a relief program that benefits 50,000 students who attended one university located in New York City.

And think about this. CUNY students will not see any of this money. Nor will any of these funds go to help students pay off their federal or private loans. It's all going to CUNY.

Basically, CUNYis writing off $125 million in money owed to the university by its students and paying itself with federal grant funds.

And how did 50,000 CUNY students wind up owing CUNY so much money in the first place? My guess is this money primarily represents fees and penalties CUNY tacked on to students' tuition bills--late payments, parking fees, graduation fees, etc.

And I think it is safe to assume that a significant percentage of this debt was uncollectible. To the extent this is true, CUNY engineered a windfall for itself--$125 million in federal money flowed directly into its coffers to clear debts that students might never have repaid.

Don't get me wrong. As I have said many times, I favor any scheme that offers relief to college borrowers, no matter how poorly the plan is devised.  And CUNY's Comeback program will clear some debt owed by its students.

But let's be honest about what is going on. CUNY and other universities have taken federal COVID relief money and used it to clear debt owed by their students directly to the institutions. Wilberforce University, a private HBCU in Ohio, is another college using federal funds to pay off student debt owed to itself.

I think many colleges are doing what CUNY and Wilberforce are doing--using federal money to pay off student debts that are owed to themselves. And then they pat themselves on the back for being compassionate.

But here is the real tragedy about the billions of COVID relief dollars the feds sent to American colleges over the past year. Many of these schools would have closed had they not gotten massive infusions of federal cash. These institutions weren't attracting enough tuition-paying students to pay their bills.

The U.S. Department of Education propped up many faltering colleges with COVID relief money, postponing the day when they will close. In the meantime, hundreds of thousands of students are taking out federal and private loans to pay tuition to colleges on their death beds--colleges that will croak in the years to come.

Is that a good policy? I don't think so. 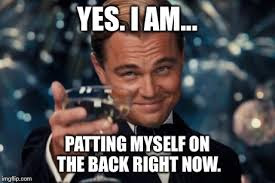 Posted by Richard Fossey at 11:54 AM No comments: