Zero Hedge posted an article yesterday about people who fled the United States to escape their student loans. (Annie Nova wrote the original story for CNBC).  Chad Haag, for example, graduated from the University of Northern Colorado and emigrated to India to get away from $20,000 in college-loan debt.

Apparently, Haag is somewhat ambivalent about India. He gets to see elephants--a plus.  But Haag is not crazy about the plumbing. "Some toilets here are holes in the ground you squat over," he confided.

Zero Hedge went on to report on a woman who went to Japan to teach English and a guy who moved to China--also to teach English. Both said they were partly motivated to leave the U.S. by their student-loan debt.

Dudes! Don't move overseas to dodge your student loans. People who cannot find good jobs can enroll in one of the Department of Education's income-based repayment plans (IBRPs). If they are unemployed or living below the poverty line, their monthly loan payment will be zero. An IBRP is a terrible option, as I have often said. But for most people, it beats moving to Asia.

Frankly, I'm not buying the underlying premise of this story. Millions of people have defaulted on their student loans and hardly any of them have left the U.S.  Why would they? People can't dodge their student loans by moving overseas. The debt will be waiting for them when they return, along with accumulated interest and penalties.

My guess is that student-loan debtors who leave the United States have multiple motives. Mr. Haag, for example, married an Indian national, which must be the major reason he is living in a country that doesn't meet his hygiene standards. And thousands of people teach English overseas simply to experience another culture.

If we are looking for signs of suffering, we shouldn't focus on a handful of people who have left the country with student loans hanging over their heads. We should reflect on plummeting birth rates, declining homeownership, and inadequate savings for retirement.

The student-loan program is a catastrophe but publicizing a few outliers is a distraction. We need to relieve the suffering experienced by millions of people. In my mind that can best be accomplished in the bankruptcy courts. And then we need to find a better way to finance higher education.

College dropouts who don't pay off their student loans: The village of the damned

About 70 percent of high school graduates go on to college, but a lot of them drop out before getting their college degrees. And a good number of dropouts took out student loans to finance their studies.

What happens to these people?

A recent survey polled college dropouts who had outstanding student loans; and this is what the pollsters found.

What are we to make of this?

First of all, indebted college dropouts are probably underestimating how much they owe on student loans. Other studies have shown that a lot of student borrowers are hazy about how much they borrowed, and some don't know the interest rate on their loans. Quite a few don't know the difference between federal loans and private loans, and aren't sure which type of loans they have.

So it seems fair to conclude that if indebted college dropouts report that they owe an average of $14,000, they probably owe more--maybe a lot more. For one thing, dropouts who aren't making loan payments may not understand how much accrued interest has been added to their loan balances. And dropouts who defaulted on their student loans may not realize that the debt collectors undoubtedly added default penalties to their accumulated debt.

It is true that some dropouts who aren't making student-loan payments may have obtained economic hardship deferments that temporarily excuse them from making monthly loan payments. But interest accrues on a student loan while it is in economic hardship status, which means that the loan balance is growing month by month.

This is what we can say for sure: Last year, 1.1 million student-loan borrowers defaulted on their loans at an average rate of 3,000 people each day.  And some percentage of that number are people who took out student loans to attend college and then dropped out.

Indebted college dropouts don't know it, but they have entered the village of the damned. If they defaulted on their student loans, the loan balances ballooned due to default penalties. Even if their loans are in forbearance, interest continues to accrue. At some point, these unfortunate dropouts will realize they are carrying debt loads they can't pay off.

At that point, they will only have two options. They can enter an income-driven repayment plan, which will stretch their payments out for 20 or 25 years. Can you imagine making monthly payments on student loans for a quarter of a century even though you dropped out of college without a degree?

The other option is bankruptcy, and that option is going to be more and more viable as the bankruptcy courts wake up to the fact that the student-loan program is a catastrophe that has wreaked misery and suffering on millions.

In my view, now is the time for people who are overwhelmed by student debt to file for bankruptcy.  It is true that student-loan debtors must prove undue hardship in order to get bankruptcy relief. But, as Matt Taibbi's article in Rolling Stone documented, a lot of people are suffering at the undue hardship level.

Tyler Durden. (2017,November 7). About 33% of Students Drop Out of College; Here's How Many Go On to Default On Their Student Debt. zerohedge.com (blog).

Gordon argues that Millennials have a larger sense of entitlement than Baby Boomers, who, after all, were raised by people from the notoriously self-reliant Greatest Generation. My late parents, for example, lived through the Great Depression and World War II, and they didn't believe anyone was entitled to anything; and I suppose some of that philosophy was passed on to me.  My children are Millennials; and I think they believe that everyone living in a prosperous society is entitled to health care and a basic level of education. If so, I agree with them.

Gordon made two observations about Millennials that have important political implications. First, millennials make about 20 percent less than the Baby Boomers did at their age--they are poorer as a whole than my generation was when we were young.

Second, a lot of Millennials believe student loans should be forgiven. And why shouldn't they hold that view? After all, I paid a pittance for a fine law degree when I was young and immediately got a well-paying job. Millions of Millennials are burdened with student loans and are struggling to find good jobs in a weak job market.

Long believes the Millennials' support for Bernie Sanders during the 2016 presidential election can be largely explained by Bernie's impassioned call for a free college education for everyone. This is a very appealing proposal to a generation of Americans who hold billions of dollars in student debt.

So what are the political implications of Long's observations? Simply this: the Millennials will not put up with the status quo in terms of the federal student program. Our political and media elites seem to think young Americans will continue borrowing more and more money for postsecondary education and will be content to enter into income-driven repayment plans that last as long as a quarter of a century. But the elites are delusional.

In the next presidential election and every election thereafter, the Millennials and the generations coming after them will flock to any candidate who calls for student loan forgiveness and free postsecondary education. They will become one-issue voters.

So far at least, President Trump and Secretary of Education Betsy DeVos are tone deaf to the student loan crisis. The Department of Education is mishandling the Public Service Loan Forgiveness program, and it nullified a decision by the Obama administration to ban student loan collection agencies from slapping huge penalties on student borrowers who defaulted on their loans. Apparently, DeVos is seeking advice from the for-profit college industry rather than the student debtors who were victimized by that industry.

The student loan crisis grows worse by the month, and the politicians who step forward with solutions will win the vote of the Millennials and a lot of other Americans. If our current President doesn't understand that, he will be a one-termer. 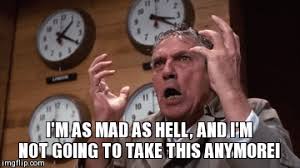