Betsy DeVos should resign as Secretary of Education in the Trump administration. I say this for two reasons:

First, Ms. DeVos is too nice a person to be President Trump's Secretary of Education.

No matter what you think of her politics or her education philosophy Betsy DeVos is not a toxic person. She did not deserve to be shut out of a public school, as District of Columbia protesters tried to do shortly after she took office.

And she did not deserve to have students boo her and turn their backs on her when she spoke at a college graduation exercise this spring. If I were her, I would tell the whole wide world to stick the Secretary of Education's position where the sun doesn't shine and go home to Michigan and spend time with my grandchildren.

Second. Betsy DeVos knows next to nothing about higher education policy.

The federal student loan program is in meltdown, destroying the lives of millions of people and undermining the integrity of higher education. Numerous small private liberal arts colleges are on the verge of closing; law schools are admitting students of a lower and lower quality, and huge swaths of the for-profit college industry are defrauding their students--or, at the very least, they are gouging their customers. The federal student loan program bears a big share of the blame for this dismal state of affairs.

Betsy DeVos knows next to nothing about the student loan crisis. She has shown no capacity to deal with this enormous problem, and she has already made a number of missteps. For example, she hired some empty suits from the for-profit sector to advise her--the wrong move, in my opinion.

President Trump needs to gracefully accept DeVos' resignation, praise her extravagantly in a tweet message, and then appoint a junkyard dog to replace her.

By junkyard dog, I don't mean a vicious person or an unethical person; I mean a tough person.  The next Education Secretary needs to be tough enough to confront the for-profit college industry, tough enough to handle higher education's legions of lobbyists, and tough enough to get rid of the student loan guaranty agencies that have amassed billions of dollars in cash hounding distressed student loan debtors.

The next Secretary of Education needs to be tough enough to tell the public the truth about the student loan crisis, which is this: Millions of people have taken out student loans they will never pay back.

What a junkyard dog do if  appointed Education Secretary?

Obviously, any Secretary of Education who attempts to carry out the agenda I outlined will need to be tough as a junkyard dog. Betsy DeVos is not a junkyard dog, and I mean that as a compliment to her.

By the end of his first term in office, President Obama knew the federal student loan program was out of control. Default rates were up and millions of student borrowers had put their loans into forbearance or deferment because they were unable to make their monthly payments. Then in 2013, early in Obama's second term, The Consumer Financial Protection Bureau issued a comprehensive report titled A Closer Look at the Trillion that sketched out the magnitude of the crisis.

PAYE and REPAYE both require borrowers to make monthly payments equal to 10 percent of their adjusted gross income for 20 years: 240 payments in all.  Borrowers who make regular payments but do not pay off their loans by the end of the repayment period will have their loans forgiven, but the cancelled debt is taxable to them as income.

The higher education industry loves PAYE and REPAYE, and what's not to like? Neither plan requires colleges and universities to keep their costs in line or operate more efficiently. Students will continue borrowing more and more money  to pay exorbitant tuition prices, but  monthly payments will be manageable because they will be spread out over 20 years rather than ten.

But most people enrolling in PAYE or REPAYE are signing their own financial death warrants. By shifting to long-term, income-driven repayment plans, they become indentured servants to the government, paying a percentage of their income for the majority of their working lives.

And, as illustrated in an ongoing bankruptcy action, a lot of people who sign up for IDRs will be stone broke on the date they make their final payment.

In Murray v. Educational Credit Management Corporation, a Kansas bankruptcy judge granted a partial discharge of student-loan debt to Alan and Catherine Murray.  The Murrays borrowed $77,000 to get bachelor's and master's degrees, and paid back 70 percent of what they borrowed.

Unfortunately, the Murrays were unable to make their monthly payments for a time, and they put their loans into deferment.  Interest accrued over the years, and by the time they filed for bankruptcy, their student-loan indebtedness had grown to $311,000--four times what they borrowed.

A bankruptcy judge concluded that the Murrays had handled their loans in good faith but would never pay back their enormous debt--debt which was growing at the rate of $2,000 a month due to accruing interest.  Thus, the judge discharged the interest on their debt, requiring them only to pay back the original amount they borrowed.

Educational Credit Management Corporation, the Murrays' student-loan creditor, argued unsuccessfully that the Murrays should be place in a 20- or 25-year income-driven repayment plan. The bankruptcy judge rejected ECMC's demand, pointing out that the Murrays would never pay back the amount they owed and would be faced with a huge tax bill 20 years from now when their loan balance would be forgiven.

ECMC appealed, arguing that the bankruptcy judge erred when he took tax consequences into account when he granted the Murrays a partial discharge of their student loans. Tax consequences are speculative, ECMC insisted; and in event, the Murrays would almost certainly be insolvent at the end of the 20-year repayment term, and therefore they would not have to pay taxes on the forgiven loan balance.

What an astonishing admission! ECMC basically conceded that the Murrays would be broke at the end of a 20-year repayment plan, when they would be in their late sixties.

So if you are a struggling student-loan borrower who is considering an IDR, the Murray case is a cautionary tale. If you elect this option, you almost certainly will never pay off your student loans because your monthly payments won't cover accumulating interest.

Thus at the end of your repayment period--20 or 25 years from now--one of two things will happen. Either you will be faced with a huge tax bill because the amount of your forgiven loan is considered income by the IRS; or--as ECMC disarmingly admitted in the Murray case--you will be broke. 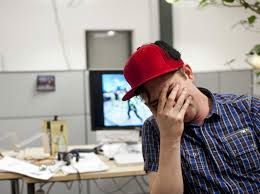 A Closer (and Closer) Look at the Trillion: Consumer Financial Protection Bureau Releases Useful Report on Magnitude of the Student Loan Crisis

Earlier this month, Rohit Chopra, the Student Loan Ombudsman for the Consumer Financial Protection Bureau (CFPA), issued a very useful report that moves us closer to figuring out what the real student-loan default rate is.

As I have tirelessly (some would say tiresomely) pointed out, the Department of Education's three-year default rate--13.4 percent--only measures the number of people who default on their federal student loans within three years after their repayment obligations begin.   Many people default after the three-window that DOE measures, and these people are not counted in the default rate.

Moreover, millions of people aren't making payments on their student loans because they received deferments or forbearances that temporarily relieve them of their obligation to make loan payments. These people aren't counted in the official default rate either.  Without question, many of these people won't pay back their loans, due in part to the fact that their loan balances are getting bigger because interest on these loans continues to accrue while the loans are in deferred or forbearance status.

The recent CFPB report tells us how many million people have loans in forbearance or deferred status, and this information gives us a clearer picture of the student loan crisis.

Why do I believe that? First, as I just stated, most people with deferments or forbearances are seeing their loan balances grow because interest is accruing during the time they are not making loan payments.  The longer these people wait to begin making loan payments, the harder it will be for them to ever pay off their loans.

Second, as Senator Tom Harkin's report on for-profit colleges documented, a lot of for-profit institutions are actively urging many of their former students to apply for economic hardship deferments in order to keep their institutional default rates down. If it were not for these college's "default management" activities, many more students who borrowed money to attend for-profit colleges would be formally categorized as defaulters.

CFPB has performed a useful service by reporting the number of people who are not making payments on their loans due to deferments or forbearances.  It should now be clear to everyone that the percentage of people who will ultimately default on their student loans is at least double DOE's official default rate.  The true default rate must be at least 25 percent--and for students who attended for-profit institutions, the default rate is probably closer to 50 percent.

This state of affairs cannot go on forever.  Our economy simply cannot afford to operate a huge federal program that ruins the lives of a quarter of the people who participate.


Posted by Richard Fossey at 12:57 PM No comments: