LSU uses COVID money to clear student debt: "What a good boy am I!"

Louisiana State University announced this week that it will use $7 million in COVID relief money to clear debts that students owe the university. About 4,000 students will benefit.

But before we stand up and cheer, let's recognize that LSU is not spending $7 million to help students pay off their federal student loans. LSU is using COVID relief money to clear debts that students owe LSU--including outstanding balances on tuition, fees, and debt owed LSU for housing, meal plans, and parking.

Much of that debt is probably uncollectible. Students who dropped out of LSU in mid-semester may have left owing unpaid balances on meal plans, dorm rent, and parking tickets. But how can the university collect on that debt unless it sues the former student in court?

Do you think a student who dropped out of LSU in April 2020 and went back to his home in Dry Prong, Louisiana, is going to pay the university the 200 bucks he owes for parking violations? I would guess not.

By clearing that debt with federal money, LSU is simply paying itself.  All that is well and good, but should LSU and the other universities that adopt this strategy pat themselves on the back?

LSU describes its actions as student-centered, but it is really acting in its own self-interest. Students who leave LSU owing unpaid bills can't get their transcripts and can be barred from registering for more classes. By paying off student debts with federal money, LSU enables former students to re-enroll.

I would be more impressed with universities following LSU's path if even one elite college president would speak out about the student loan crisis.  Approximately 45 million Americans owe $1.7 trillion in federal loans, and a high percentage can't pay those loans back.

I haven't heard a single college president call for bankruptcy reform to allow distressed college borrowers to shed their oppressive student loans in bankruptcy. I haven't heard one college CEO speak out about abuses in the for-profit college sector. And no college leader will admit that tuition costs are too high.

No, universities are taking their cue from Little Jack Horner. They use fed money to pay themselves and say, "What a good boy am I!" 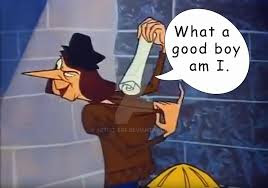 Posted by Richard Fossey at 6:20 AM No comments: 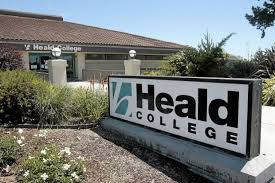