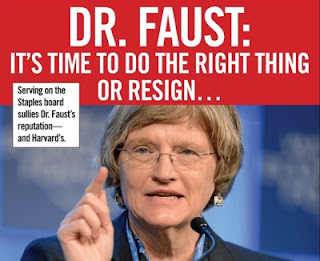 Department of Education's fumbling efforts to aid students defrauded by Corinthian Colleges: No relief for the Walking Dead

David Goldman wrote a  highly informative article for Bloomberg yesterday about the Department of Education's fumbling efforts to process Borrower Defense claims filed by people who claim they were defrauded by Corinthian Colleges. I am grateful to Steve Rhode for calling my attention to Goldman's article.

Essentially, here's the story. Corinthian Colleges filed for bankruptcy last year under a cloud of fraud allegations. In fact, the the State of California got a $1.1 billion judgment against Corinthian for its wrongdoing in that state. At the time it filed bankruptcy, Corinthian had 335,000 former students.

DOE has an administrative process whereby it will forgive the student loans taken out by students who were defrauded by for-profit institutions. So far, 82,000 former Corinthian students have filed those claims.  But DOE's process for reviewing those claims is slow. Goldman reported that so far only about 15,000 students have gotten debt relief through the Borrower Defense process.

DOE won't grant blanket forgiveness to all of Corinthian's former students, arguing that not all of them were defrauded.  But in fact, a high percentage were defrauded. As Goldman reported, "Department officials concluded that Corinthian engaged in 'widesperead placement rate fraud' for almost 800 programs at nearly every one of its more than 100 U.S. campuses."

David Vladek, a former director of the Federal Trade Commission's consumer protection division, said this about Corinthian's former students: "These kids by and large have been scammed, and the Department of Education in some sense is continuing the harm by making them jump through hoops to get the relief to which they are entitled."

But it gets worse. Not only is DOE not processing loan-forgiveness claims quickly, it is actually employing debt collectors to hound Corinthian's former students, even though most of these students are entitled to have their loans forgiven.  Although DOE states on its web site that it will stop all loan collection efforts on Corinthian borrowers, that statement is not true.

Indeed, DOE's debt collection activities are a hell of a lot more efficient than their loan forgiveness process. As Maggie Robb, a consumer-rights attorney, observed, " When the Department of Education wants to collect money, it doesn't stop."

Goldman's story focused solely on Corinthian Colleges' former students, but there are hundreds of thousands of people who took out loans to attend for-profit colleges who have been scammed. I know one woman with a documented claim for fraud against DeVry University who filed a Borrower Defense claim with DOE last August and still hasn't gotten a response from DOE.

In short, people who have been defrauded by the for-profit college industry are the real life representations of the Walking Dead. Fraud victims have debt hanging over their heads, which DOE has not discharged; and if they default on their loans they are subject to abusive debt collection tactics, wage garnishment, income-tax offsets, and ruined credit. Many are continuing to make loan payments on debt they don't really owe; and most did not get fair value for their for-profit college experiences.

In DOE's defense, the Department is simply overwhelmed by the implosion of the for-profit college industry. It does not have the resources to process claims by Corinthian students or to even notify those students that they may be entitled to debt relief. ITT's closure and bankruptcy will bring a deluge of new claims, and other for-profits are sure to follow over the next few months. (Globe University and Charlotte School of Law, for example, have been accused of misrepresentation and many of their students will be filing Borrower Defense claims.)

There is really only one sensible solution: DOE should allow all people who borrowed money to attend for-profit colleges and who are insolvent to file for bankruptcy relief in the federal bankruptcy courts. Whether or not a a particular student debtor can prove fraud should be irrelevant. If they took out loans to attend a for-profit college, the odds are better than even that they were scammed or did not get fair value for their money.

Close, But No Cigar: Presidential Candidate Jeb Bush's Plan For Funding Higher Education Will Not Fix the Student Loan Crisis

"Close, but no cigar," a Google search tells me, means an attempt that is not quite successful. This should be our response to presidential candidate Jeb Bush's plan to fix the student loan crisis.

For-Profit Institutions Must Be Reined In. First, Governor Bush's plan does nothing to rein in the for-profit college sector, where the worst student-loan abuses are taking place. Indeed, Governor Bush's own state of Florida is notorious for allowing for-profit colleges to operate without proper regulation. Investigative reporters revealed that the Florida for-profit industry has gotten legislation passed to favor their interests by making strategic campaign contributions.  Dade Medical College, which recently closed, is one of the most notorious examples of a for-profit college industry gone wild.  Dade Medical College was run by a high school dropout with a criminal record and received more than 80 percent of its revenues from the federal student-aid program.

Bankruptcy Relief Must Be Made Available to All Student Debtors, Including Those Who Participated in the Federal Student Loan Program.  Mr. Bush's proposal to make it easier for private student-loan debtors to file bankruptcy is a good one, but federal-student-loan borrowers must also have reasonable access to the bankruptcy courts. Millions of people have defaulted on their federal student-loans, and those who took out student loans in good faith and fell on hard times are entitled to a fresh start through the bankruptcy process.

Let's say no to all long-term repayment plans. Personally, I believe the American people should say no to all proposals that require students to pay back their loans over 20 or 25 years.  These plans are designed to lower students' monthly loan payments but they require student-loan borrowers to make payments for the majority of their working lives. And I feel quite sure  that any long-term income-based repayment plan--whether it is crafted by President Obama or Governor Bush, will mean that a majority of student-loan debtors will never pay back the principal on their loans.


Close, but no cigar.

Governor Bush is to be commended for presenting a proposal to fix the student-loan crisis. At least he admits that the federal student-loan program needs fixing. But no proposal will get my approval that doesn't rein in the for-profit college sector, which has exploited low-income and unsophisticated students all over the United States, including Florida.  No proposal is adequate that does not provide reasonable bankruptcy relief for all categories of student debtors. No proposal passes muster for me that doesn't cease garnishing elderly people's Social Security checks,

Finally, the American people should vote no on any student-loan reform plan that pushes student-loan borrowers into long-term repayment plans.  Who would have believed just 20 years ago that our national leaders are so inept at managing the student-loan crisis that they think it is a good idea to push young Americans into plans that force them to pay on their student loans for 20 or 25 years.