Iowa Wesleyan and Valparaiso Law School make brave decisions: “It is a far, far better thing that I do, than I have ever done"

“It is a far, far better thing that I do, than I have ever done." Who said that? I think it was some dead guy from the 19th century. Charles Dickens maybe?

These decisions must have been very hard for both institutions. President Titus acknowledged that publicizing Iowa Wesleyan's financial situation might hurt enrollment, which could hasten its demise. "But we decided it was the right thing to let people know what was going on," Titus said. "There is risk no matter what we do."

As for Valparaiso, the loss of its law school diminishes the reputation of the university as a whole, as a law school is generally seen as a prestige-enhancing program.

In my view, both institutions are facing the stark financial reality that many private colleges are facing, and they are facing it with courage. Let's first look at Valparaiso.

The quality of students being admitted to law schools is also declining. As tracked by Law School Transparency, a nonprofit group that reports on law -school admissions, some law schools have admitted students with LSAT scores so low that half the entering class faces a very high risk of failing the bar.

Valparaiso is closing its law school,  which is certainly in the public interest. It is far better for Valparaiso to close than for it to lower its admissions standards just to enroll more students.

As for Iowa Wesleyan, the school has been discounting tuition to attract students; according to one report, it has discounted tuition by more than half.  At some point that practice raises ethical issues.  How can a college justify charging its least attractive students full price when the average price is less than half that amount?

And how does a college explain the discounts to the students who receive them? Some colleges have been showering first-year students with scholarships--athletic scholarships in particular.  But is it honest to give an incoming student a volleyball scholarship when the school doesn't even field a decent volleyball team?

No, Valparaiso and Iowa Western should be commended for their courage and their honesty. It was a far, far better thing they did than perhaps anything they've ever done.

St. Joseph's College, which was founded in 1889, is  shutting its doors in May. Officials cited several reasons for  closing: fierce competition for students, accreditation problems and increased federal regulation. St. Joseph's president, Robert Pastoor, said the college will need $100 million to reopen; and the college's friends and alumni are hoping to raise the funds.

Students organized a vote of no confidence against Pastoor and four other college leaders, but St. Joseph's decline and fall may not have been their fault. Small liberal arts colleges are in a precarious position all over the United States. The U.S. Department of Education has 500 colleges on its heightened-cash-monitoring watch list; and many of the schools on that list are small liberal arts colleges.

By and large, the higher education community is made up of liberal Democrats; and almost no one protested the deluge of regulations that came out of the Department of Education during the Obama administration. Public universities, large private universities, and institutions with healthy endowment funds have been able to weather the tightening regulatory environment. Indeed, they have no choice. Virtually no college or university can survive without regular infusions of federal student aid money--and that money comes with regulatory strings attached.

Without question, many small liberal arts colleges are going to be squeezed out of existence over the next few years due to the same challenges that St. Joseph's and St. Catherine faced. Those that survive will have this profile:
Many college and university leaders deplore the appointment of the new Secretary of Education, Betsy DeVos.  You can probably count DeVos's higher-education supporters on the fingers of one hand.

But maybe college leaders should give DeVos a chance to address the financial crisis in higher education before attacking her. If she acts sensibly to trim the thicket of federal regulation, it is quite possible that more small liberal arts colleges will survive.

And surely that would be a good thing. 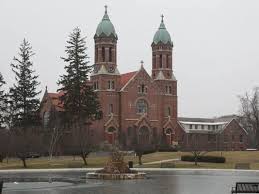