U.S.. should run a "blue light special" on bankruptcies for consumers and student-loan debtors

As a young man, I practiced law in a three-man law firm in Anchorage, Alaska. In the winter months, the firm occasionally experienced lean times when clients couldn't pay their bills.

But we three were young, optimistic, and confident. I remember one day during an especially lean winter month when our senior partner jokingly announced: "Gentlemen, it's time to introduce our Blue Light Special: Bankruptcy, name change, and a divorce for only $500!"

I have always been a firm believer in bankruptcy--a process that allows "poor but honest debtors" to get a "fresh start." Although few people know it, bankruptcy is enshrined in our Constitution, and the bankruptcy courts are the main reason why America doesn't have debtors prisons.

I never had to file for bankruptcy myself, but several of my law firm's clients did in the mid-1980s when Alaska experienced a real-life depression due to a steep downturn in oil prices.  These people wiped the slate clean of all their financial misfortunes and started over.

Today, millions of once-middle-class Americans are experiencing severe financial stress. As Steve Rhode recently reported in Get Out of Debt Guy, the economy is running on borrowed time.  Mortgage delinquencies are up, with Miami and New York City leading the way.  People are fleeing the big cities. According to the New York Times, five percent of NYC's population left the town over two months this spring--frightened by the coronavirus, soaring crime rates, and a deteriorating economy.

So far, our government has kept the wolves at bay by pumping trillions of dollars into the economy through Payroll Protection loans and enhanced unemployment compensation. Millions of student debtors have stopped making monthly payments on their loans, but the Department of Education granted a temporary forbearance that allows distressed college-loan borrowers to skip payments for a few months.

But significant sectors of our economy are going to come crashing down within the next twelve months. For middle-class families who are being swept up in this tidal wave of economic isolation, bankruptcy is their only hope of regrouping.

Unfortunately, Congress revised the Bankruptcy Code in 2005 at the behest of the banks. The nation's large financial institutions were worried about people shedding their credit-card debt in the bankruptcy courts.  The banks wanted to make consumer debt more difficult to discharge in bankruptcy, and Congress obliged.

The revised Code also made it almost impossible for debtors to discharge their private student loans. Under the 2005 Bankruptcy Reform Act, private student loans are nondischargeable unless the debtor can show "undue hardship," a term the federal courts have interpreted harshly. And, as we all know, that brutal standard also applies to federal student loans.

The corporate world has ready access to bankruptcy, and the federal bankruptcy courts have become a playground for big business.  But the little guys are not treated so kindly.

As the 2020 election season rolls along, we should all think about what it is we want our elected politicians to do.  Number one, in my opinion, is a revision of the Bankruptcy Code. We will never recover as a nation from the financial calamity that is bearing down on us unless working people and student debtors can get a fresh start--the fresh start that the bankruptcy courts were created to provide. 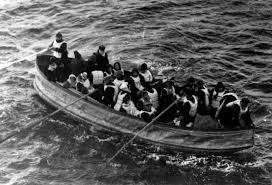 Posted by Richard Fossey at 9:39 AM No comments: