Sara Fern v. FedLoan Servicing: A single mother of three discharges her student loans in bankruptcy over the objections of the U.S. Department of Education

Student loans cannot be discharged in bankruptcy, right? WRONG! Distressed student borrowers have won a string of victories in the bankruptcy courts over the past few years. And Fern v. FedLoan Servicing is another case for the win column.

In 2016, Sarah Fern, a 35-year-old mother of three children, discharged about $27,000 in student loans in an Iowa bankruptcy court. And last February, her victory was affirmed by the Bankruptcy Appellate Panel of the Eighth Circuit Court of Appeals.

Over the years, Fern had not made a single payment on her student loans. Nevertheless, she had never been in default because her loans had always been in deferment or forbearance due to her economic circumstances.

At the time of her bankruptcy trial, Fern was raising three children on take-home pay of about $1,500 a month, which she supplemented with food stamps and public housing assistance. Fern drove an old car in need of repair, and she could not afford to buy a more reliable vehicle.

Although Fern attempted to improve her income status by taking out student loans to enroll in two postsecondary programs, neither program led to a higher paying job. As the bankruptcy court noted, Fern had never earned more than $25,000 a year.

The Department of Education opposed Fern's effort to shed her student loans in bankruptcy. DOE produced an expert witness who testified that Fern qualified for various income-based repayment plans. According to the expert, Fern's income was so low that her monthly payments would be zero if she entered one of these plans.

But Judge Thad Collins, an Iowa bankruptcy judge, rejected DOE's arguments and discharged Fern's student loans in their entirety. In Judge Collins' view, Fern would probably never be in a financial position to pay back her loans.

Under an income-based repayment plan, Judge Collins noted, Fern's monthly payments would be zero, but her debt would continue to grow as interest accrued on the unpaid balance. Although the government would forgive any unpaid portion of Fern's loans at the end of the repayment period (20 or 25 years in the future), the cancelled loan debt might be taxable to her. In addition, if Fern's student loans were not discharged, they would be a blot on her credit record.

Judge Collins also considered the emotional distress that comes from long-term indebtedness, Fern's loans had already caused her emotional stress, Collins observed, and she would continue to suffer from emotional stress if she were forced into a long-term repayment plan:

In Judge Collins' opinion, the emotional burden of long-term indebtedness was a hardship that weighed in favor of discharging Fern's student loans, even though this burden could not be quantified. "The Court will not ignore a hardship," Collins wrote, "simply because it is not reflected on a balance sheet."

The Department of Education appealed Judge Collins' decision; and last February. the Bankruptcy Appellate Panel of the Eighth Circuit Court of Appeals affirmed Collins' ruling. According to DOE, Judge Collins erred by taking Fern's emotional burdens into account, by considering the tax consequences of a long-term repayment plan, and by recognizing that Fern's debt would grow over the years because her monthly payments under a long-term plan (zero), would cause interest on her loans to continue accumulating.

But the Eighth Circuit's BAP disagreed. "These additional observations identified by the Bankruptcy Court simply served to supplement its determination of undue hardship under the totality of circumstances test," the BAP court wrote.

The Fern decision is a big win for student-loan debtors. This is the latest federal appellate court decision to reject creditors' arguments that bankrupt student borrowers should be pushed into 20- or 25-year repayment plans instead of getting a fresh start.

There is justice in the world (sometimes)

As one of Cormac McCarthy's fictional characters said in the novel, The Crossing, "Hay justicia en el mundo!"

Yes, there is justice in the world, but justice is not distributed evenly and sometimes it arrives too late to do us any good. Sara Fern was very fortunate to have obtained justice from Judge Thad Collins, who wrote a remarkably sensible and compassionate decision. And she was even more fortunate to have Judge Collins' decision affirmed on appeal by the Eighth Circuit's Bankruptcy Appellate Panel. 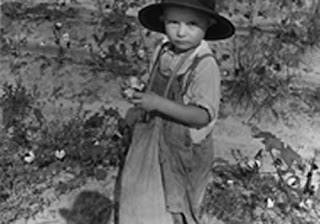 Paul Craig Robert. We Have Entered the Looting Stage of Capitalism. Infowars, May 27, 2016. Accessible at http://www.infowars.com/we-have-entered-the-looting-stage-of-capitalism/
Posted by Richard Fossey at 6:15 AM 1 comment: