A friend sent me a copy of the Magnificat journal's Advent Companion, a selection of daily reflections for the Advent season. Advent begins on November 27, and I read the first entry, which reflects on Matthew 24 and Christ's warning to be watchful.

During the time of Noah, Jesus instructed, people ate, drank, and married until the day the flood came and carried them all away.

"Therefore, stay awake!" Christ cautioned, and be prepared for the hour you don't expect.

As I read the Advocate Companion, I thought this passage would make an excellent advertisement for My Patriot Supply, an outfit that sells emergency food kits with a shelf life of 25 years.

This is not a religious message. Instead, I warn that our national economy, built on financial speculation and easy money, will ultimately collapse. Perhaps it will be brought on by the cryptocurrency meltdown. If you aren't convinced, read James Howard Kunstler's recent blog essays posted on Clusterfuck Nation.

If you are a college student, this is no time to take out extravagant student loans. Higher education is under extreme duress: Since 2004, 861 colleges have closed their doors, and more than 9,000 campuses have shut down.

Stay awake, and don't take out loans to attend an obscure small college with a tuition rate of $25,000 a semester. Don't enroll in an online degree program unless you are pretty damned sure that an online college degree will lead to a good job.

Just importantly, don't be deceived by all the talk of student-loan forgiveness or by the Department of Education's pause on student-loan repayment--which will last more than three years.

A few people will get their loans forgiven under DOE's borrower defense program based on findings of fraud, and President Biden's loan forgiveness initiative may ultimately be approved by the courts. Still, the President's plan to forgive $10,000 of student debt, if it comes to fruition, will be a drop in the bucket for students paying $50,000 a year in college tuition.

If you are pretty sure a college degree will lead to a job, by all means, go for it. People with degrees in the medical services field will probably find jobs.

But you are insane if you plan to take out $50,000 or more in student loans to get a humanities degree, a liberal arts degree, or a degree in gender studies.

You are insane if your college degree requires your parents to take out Parent Plus loans that they can't discharge in bankruptcy.

You are insane to take out a Grad PLUS loan to get a graduate degree in business, journalism, or the liberal arts.

Sometimes the Bible has some good advice. Indeed, now is an excellent time to head the biblical admonition to "Stay Awake!" and be prepared for global economic turmoil--which is coming. 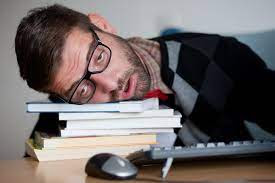 Posted by Richard Fossey at 5:43 AM No comments:

Every year, Louisianians flock to New Orleans to attend Mardis Gras parades and gather up the trinkets flung from the parade floats. "Throw me something, mister," is the cry of the day as parade-goers compete for the attention of a krew member preparing to toss a good throw.

Most of the stuff thrown out a Mardis Gras parades is crap. Unadorned necklaces of plastic beads are so worthless that no one even bothers to pick them up. Occasionally, however, a krewe member throws something interesting like a football or a Moon Pie, which is a chocolate-dipped marshmallow sandwich.

College-loan debtors are much like Mardis Gras parade-goers. The Biden administration dangles various student-loan-forgiveness plans before the electorate while student debtors shout, "Throw me something, mister!"

We already know that some of President Biden's proposals are almost as worthless as a string of plastic Mardis Gras beads. Ten thousand dollars in loan forgiveness will satisfy no one when annual tuition at a private college runs $60,000 per year, and the average student debt is about 37 grand.

Mr. Biden will almost certainly extend the pause on student-loan payments one more time, probably until after the midterm elections. But that is just another string of plastic beads. Not making loan payments for two and a half years is nice, but these loan-payment pauses do nothing to eliminate the mountains of crushing debt.

When the midterm election season is over in November, I feel sure that 45 million student debtors will feel much like those Mardis Gras parade-goers who plod back to their cars at the end of the day with sacks of worthless beads and a hangover from drinking too much beer.

Nevertheless, everyone should cheer up. Next year there will be more Mardis Gras parades and more proposals for canceling student debt. Who knows? Maybe the Biden administration will throw you a Moon Pie!

President Biden promised college borrowers $10,000 in student-loan forgiveness when he was on the campaign trail. He has yet to deliver on that promise.

Some progressives urge Biden to forgive more student debt. The NAACP said, "$10,000 is not enough, We're calling on our elected officials to cancel federal student loan debt with no means-testing." Senators Elizabeth Warren and Chuck Schumer want Biden to forgive $50,000  per person in student debt.

Surprisingly, some progressives criticize the very idea of blanket student-loan forgiveness.  The Washington Post, perhaps America's most progressive newspaper, published an editorial saying Biden's plan "is yet another taxpayer-funded subsidy for the middle class." The Brookings Institution, a left-of-center think tank, stated bluntly, "One-off, across-the-board forgiveness is capricious and unfair."

USA Today, another progressive newspaper, expressed concern that Biden's student-loan forgiveness plan is complicated by "soaring inflation." And CNN, which is generally supportive of Biden's policy agenda, recently reported that Biden's student-debt cancelation plan "might not be such a great idea."

Why are influential progressive organizations backing away from President Biden's plan to give $10,000 in debt forgiveness to the vast majority of student borrowers?

I think there are two reasons:

First, $10,000 in student-debt forgiveness is a pittance when the average student borrower leaves college with three times that amount of debt, and several million college graduates have debt exceeding $100,000.

As NAACP President Derrick Johnson put it, canceling $10,000 in student debt would be "like pouring a bucket of ice water on a forest fire. In other words, it won't do anything, especially for the Black community." Johnson called Biden's plan "a slap in the face."

Secondly, I think there is growing concern that the federal student loan program has run amok and that the Department of Education is concealing the true default rate. The feds have already allowed student borrowers to skip their monthly loan payments for two and a half years at great expense to taxpayers. Granting blanket student-debt forgiveness might plunge the program even further into insolvency.

In my view, our nation won't begin to get the federal student loan program under control until Congress enacts these three reforms:

If enacted, these reforms won't solve the student-loan crisis overnight, but they will help keep it from worsening.
But universities must do their part by lowering the cost of going to college. Unfortunately, the universities are doing the opposite-- raising their tuition rates and forcing students to borrow more and more money to get a college education. 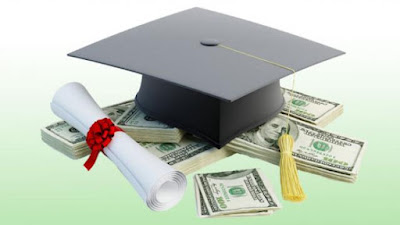 Posted by Richard Fossey at 7:43 AM No comments: