I went to college during the Vietnam War. Men registered for the draft at age 18 and could be swept into the Army within a few months of registering and swiftly sent on to Southeast Asia.

There were two ways to avoid that fate: men could enlist in the Army Reserve or National Guard, or they could go to college and get a four-year exemption.

There was just one hitch for a guy who went to college. If he flunked out, he was immediately eligible to be drafted. Oklahoma State University, where I wasted four years of my life, flunked out about 50 percent of the first-year class.

I lived in Cordell Hall, my first year at OSU. Cordell was a gloomy Georgian-style building, which may have been the model for the Shawshank Redemption.  Because it was an old dorm with no air-conditioning, Cordell was mostly full of poor, first-year students who came from small Oklahoma towns.

My dorm floor housed a bunch of these guys. They were away from home for the first time, and they had two things on their minds: beer and girls in that order. Were they worried about getting drafted? No, they were not.

Gary, a freshman from Midwest City, was my roommate. Shortly after arriving on campus, he met Susan, and he spent every waking hour with her. He never bought a single textbook, and he stopped going to class two weeks after the semester started.

In those days, male freshmen were required to enroll in ROTC, which included weekly drills and a strict rule about keeping our shoes shined and our khaki shirts clean and pressed.

Gary blew off all that stuff, and at the end of the semester, his parents received his grades. He failed every subject except ROTC, for which he received a D.

Gary was mystified. He understood why he failed five courses, but could not comprehend how he had passed ROTC without ever going to class.

We puzzled over this conundrum for hours and finally came up with two theories. Gary believed he passed ROTC because he never signed up for drill. Thus, he hadn't been counted absent, and the Army thought Gary had perfect attendance.  My theory was that the Army knew it was going to get Gary sooner or later and didn't want to discourage him so early in his military career.

Why do I tell this story? To make a simple point: 18-old college boys are oblivious to risk. Do you think college students give a damn about the coronavirus?  Can they drink beer while wearing a mask at a campus watering hole? Can they get to first base with a college girl if they socially distance?  No, of course not.

If you are a parent of a student who plans to go to college this fall, you probably received many official notices about COVID-19 and all the things the college plans to do to protect your child from becoming infected.

But you may also have noticed that the college still plans to pack students into residence halls, where they will eat and sleep close to other students, many of whom spent the previous weekend in drunken debauchery. Why all the attention to safety in the classroom but less focus on dorm life?

Why? I'll tell you why. A lot of universities built their dormitories in recent years through a legal device called a Public-Private Partnership agreement (P3).  As Rick Seltzer explained in an outstanding article for Inside Higher Ed, P3s allow universities to offload their debt from dorm construction to private corporations that assume the liability and run the dorms in return for a share of dorm-rent revenue.

This is an excellent deal for the corporations because they are virtually guaranteed a nice profit, especially at colleges that require students to live in campus dorms and even eat their meals there.

But what if the students don't show up this fall?  The money spigot gets shut off, and the corporation can't pay the mortgage on the debt. Oops!

Parents of college-age students should independently assess the risk to their child if he or she lives in a college dorm this fall. The colleges will do the best they can to keep your kid safe and will buy Purell by the barrel. Still, they may be under severe financial restraints because they have significant financial obligations to private partners that require the colleges to keep the dorms full of rent-paying students.

Waylen Jennings warned rural moms not to let their babies grow up to be cowboys--and indeed, that is an unsettling prospect.  But maybe a more useful lyric might be this: Mothers be damned careful about putting your kid in a campus residence hall this fall. 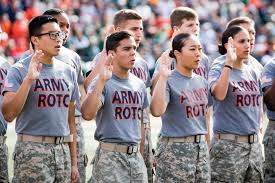 Posted by Richard Fossey at 1:10 PM No comments: