Years ago, I traveled through central Uganda in a Land Rover, accompanied by a native guide. As we came around a curve in the road, we surprised a large troop of baboons.

All the baboons ran away. Large and small, the whole group fled into the woods. All but one.

The largest baboon was reclining against a tree when we appeared, and he stayed put. He was not afraid of us and wanted us to know it.

My guide stopped our vehicle so that we could observe this human-sized creature. The baboon stood up and slowly walked to my side of the Land Rover. My window was open, and soon he was standing only inches from me.

My guide had bought a bunch of Ugandan bananas (very tasty), and I offered one to the baboon. He stared directly into my eyes for a few seconds, which made me extremely uneasy. Finally, he grabbed the banana from my hand and walked away without the slightest sign of gratitude.

"I just did a stupid thing," I admitted to my guide, and he agreed. "Yes, Mr. Fossey, that was stupid."

Our federal government is doing stupid things with the student-loan program. Today, 45 million Americans hold student debt totaling $1.7 trillion, and millions of borrowers are in income-based repayment plans that last as long as a quarter of a century. The prime beneficiaries of all this largesse are colleges and universities.

Have the colleges used this money wisely? No, they haven't. They raise tuition rates year after year because they know that students will take out ever-larger loans to pay their tuition bills.  They roll out expensive graduate programs that don't lead to good jobs. They overpay their administrators, who proliferate like feral hogs.

In essence, the feds have been feeding bananas to baboons.

Although the colleges rake in billions of dollars each year from the student-loan program, they have nothing to say about its flaws. The presidents of the nation's most prestigious universities haven't endorsed bankruptcy relief for distressed student debtors. They haven't spoken out about the rapacious for-profit college industry. They've not criticized the Department of Education for garnishing elderly student debtors' Social Security checks.

Why haven't college leaders called for reforming the student-loan program? Because they don't give a damn.

They just want their bananas.

Small private colleges are going down: Don't get trapped under the rubble

Inside Higher Education carried a story today about major cuts being made at three higher education institutions. Marquette University, a Jesuit institution, is laying off 225 faculty and staff members. The University of Evansville, a Methodist college, is eliminating 17 majors and three departments. The College of Saint. Rose, a Catholic school, is cutting 16 majors and six master's degrees.

These three colleges are not alone. All over the United States, small, private colleges are suffering from declining enrollments and declining revenues.  Many of them will close over the next couple of years.

The colleges blame demographic trends.  There are simply fewer traditional college-age people in the American population.  Consequently, fewer students are going to college.

The coronavirus pandemic didn't help matters. The COVID outbreak caused a lot of young people to postpone their college plans. And it imposed high costs on institutions that were left with empty dorm rooms this fall.

An overall decline in religion has sapped the vitality of schools that were founded by various churches.  The University of Evansville, for example, is affiliated with the United Methodist Church, but how many young people choose a college because it has ties with a religious denomination?

The small private schools have been fighting desperately to reverse their enrollment crops. They've rolled out new programs, spiffed up their study-abroad offerings, hired public relations firms, and slashed tuition. But for many--these survival strategies won't be enough.

If you are a young person in the process of deciding where to go to college, here is my advice. Do not go to a small, private school with enrollment below 1,000 students.  The smaller colleges are the most vulnerable.

You do not want to enroll at a college that closes before you obtain your degree or shortly after graduating.  You don't want to take out student loans to pay tuition at a school that is slashing programs and laying off faculty.  You certainly don't want your parents to take out a Parent Plus Loan so you can study at some obscure little school in the Midwest that won't prepare you for a good job.

In short, private liberal arts education is on the verge of collapse. Don't get trapped under the falling rubble. 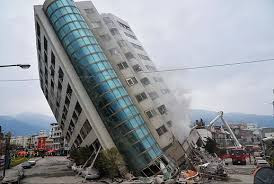 Posted by Richard Fossey at 3:02 PM No comments:

A JP Morgan economist says U.S. is heading toward a "Weimar Republic Inflation Setup": What in the hell does that mean?

Earlier this month, Zerohedge.com published an essay by an unnamed JP Morgan economist who predicted that the national economy is headed toward runaway inflation.

According to this anonymous commentator, money in circulation is multiplying through various types of government handouts while "asset prices . . . [are] being propped up by central banks."  Thus, he reasons, it is just a matter of time "until inflation goes from 'subdued' to 'out of hand.'" Indeed, the economist predicts, "If central banks have no or a soft-washed inflation mandate we are headed toward a Weimar Republic style inflation setup."

That prediction sounds scary, but what in the hell does it mean?

I had only a hazy notion of the Weimar Republic in the 1920s when inflation in Germany got crazy out of control. I recall seeing photographs of people carrying German currency around in wheelbarrows. But what does the Weimar experience have to do with our national economy? I was clueless.

So I read some books on the German economy in the 1920s. The Weimar Republic, I learned, was created in 1919 after Germany lost the First World War. The German monarchy collapsed in November 1918, Kaiser Wilhelm fled to Holland, and a constitution was drafted in the Germany city of Weimar.

When World War I began, the German mark was valued at around 4.2 marks to the dollar.  When the war ended, the allies (France, Great Britain, and the United States) imposed harsh reparations on Germany, and the mark's value dropped to 7.4 to the dollar.

From November 1918 until the mark was finally abandoned in 1923, Germany was caught in a vicious inflationary spiral until the mark ultimately fell to 4.2 trillion marks to the dollar. In other words, it was worthless.

How did that happen? A multitude of factors were at work, but it seems that Germany's inflation during the early 1920s was mostly a result of carelessness, government subsidies to industry and state-owned railroads, and the government's effort to keep German workers employed and support a half-million war widows and 1.5 million disabled former soldiers.

In the end, German printing presses were running around the clock in a vain effort to supply paper currency that was deflating in value almost by the hour. Salaried workers and people living on pensions were driven into poverty, and hunger became widespread.

All this suffering and despair fueled radical political parties--Bolshevik-style communism, right-wing paramilitaries, and ultimately--the Nazis.  Hitler himself pointed out that Germans with billions of marks were starving.

Is the United States headed in that direction, as the unnamed JP Morgan economist predicts? Maybe.

Our accumulated national debt is now $25 trillion, and dozens of states and cities are running deficit budgets. A bill is currently working its way through Congress that would spew out $3 trillion, with part of this money going to prop up state and local governments. At the rate we are moving, the U.S. will see its national debt grow to $30 trillion within the next couple of years.

The federal government is also propping up the higher-education industry with student-loan money that has enabled colleges and universities to increase their tuition at twice the annual rate of inflation.  More than 45 million Americans are burdened by student loans that total $1.6 trillion.

Germany's inflation during the Weimar years destroyed the nation's middle class. The American middle class has been shrinking for the last 20 years, and many middle-income workers are losing ground.

I do not believe the United States can continue propping up more than 4,0000 colleges, universities, and trade schools with federal student-aid money. When all this comes crashing down, thousands of people with good jobs in the groves of academe will be out of work.

Small, liberal arts colleges are already closing at an accelerating rate, and regional public colleges are laying off staff and faculty.

When inflation breaks out in the U.S. economy, the wealthy and the financial speculators will do just fine. It is the middle class that will suffer, including a lot of people working in colleges and universities who now think they have bullet-proof job security.

Taylor, Frederick. The Downfall of Money: Germany's Hyperinflation and the Destruction of the Middle Class. New York: Bloomsbury Press (2013).

Posted by Richard Fossey at 1:19 PM No comments: