Corinthian Colleges closed and filed for bankruptcy in 2015, leaving behind more than 350,000 former students who took out loans to pay Corinthian's tuition. Many of these student borrowers were induced to attend Corinthian through fraud, and the nineteen AGs claim there are defrauded Corinthian students in all 50 states.

So far, DOE has discharged 27,000 borrowers from their federal loan debt, but that number is a small fraction of the former students who are entitled to debt relief. Thousands have filed "borrower defense" claims, asking DOE for loan forgiveness, but DOE is not processing these claims quickly. Meanwhile, many Corinthians students are still paying on their loans or defaulted and are subject to having their wages garnished and their credit ruined.

According to the state AGs, DOE notified 23,000 Corinthian student borrowers in January that their loan forgiveness applications had been approved and that "forgiveness should be completed within the next 60-120 days." It's been nearly 180 days since that announcement, and these loans have still not been discharged.

I think the Department of Education is simply overwhelmed by the meltdown of the student loan program. Almost half the people in a recent cohort of students who attended for-profit colleges defaulted within five years. According to a recent article in the Wall Street Journal, half the students who attended more than 1,000 colleges and schools have not paid down one dime of their student loans seven years after their repayment obligations began.

In addition, the first beneficiaries of the Public Service Loan Forgiveness Program will be eligible for debt relief before the end of this year, and DOE has no idea how many people are eligible to have their loans discharged under that program.

Personally, I think Secretary DeVos should adopt the AGs' suggestion and grant swift automatic group discharges to all Corinthian students who were in DOE's "Designated Fraud Cohorts." Or better yet, I think DOE should forgive the loans of all 350,000 former students.

Admittedly, there are probably some people who completed a Corinthian program and actually got a good job, but I'll bet there aren't many. Undoubtedly, the default rate for Corinthian students is extraordinarily high largely due to the fact that Corinthian's students did not get well-paying jobs at the conclusion of their studies.

It is shocking to contemplate, but millions of Americans will never pay back their student loans. In addition to the for-profit college students, there are the law graduates who accumulated mountains of debt and can't find law jobs. And then there are the poor saps who got liberal arts degrees from expensive liberal arts colleges; many of them will never pay back their loans.

The 19 state AGs are right to urge Secretary DeVos to grant automatic group discharges for thousands of former Corinthian students. But Corinthian Colleges is the tip of the iceberg. Millions of student borrowers will never pay back their loans, and the ultimate loss to taxpayers will be in the billions. 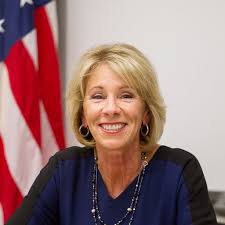